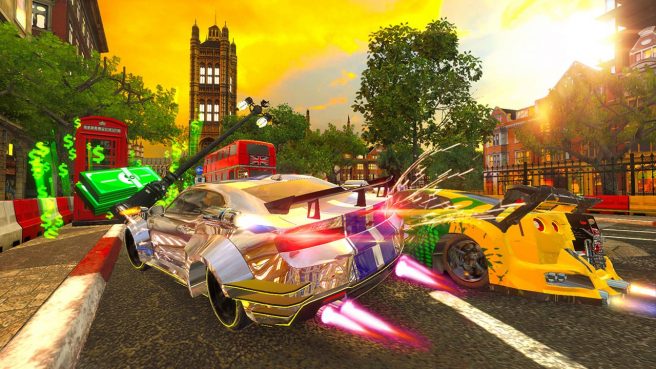 Nintendo Everything recently had the opportunity to speak with Cruis’n creator Eugene Jarvis. As part of that, we received information regarding the technical performance of Cruis’n Blast on Switch, including frame rate and resolution.

Outside of frame rate performance and resolution, Jarvis also chatted with us about the process of porting Cruis’n Blast from the arcade to Switch. The team was “stunned at how easy it was getting Blast up-and-running, but to pack in all the shaders and special effects and really hit frame rate proved to be a challenge.” It took a few months of “nose-to-the-grindstone coding and optimization,” but Raw Thrills “got the game looking pretty sharp.” The team also went through a “challenging” submission process as they were dealing with various technical requirement and “massively serious play testing for submission.”

Cruis’n Blast will make its way to Switch on September 14. We’ll be sharing more from our interview soon. In the meantime, read what Jarvis had to say about potentially porting the series’ original arcade trilogy here.