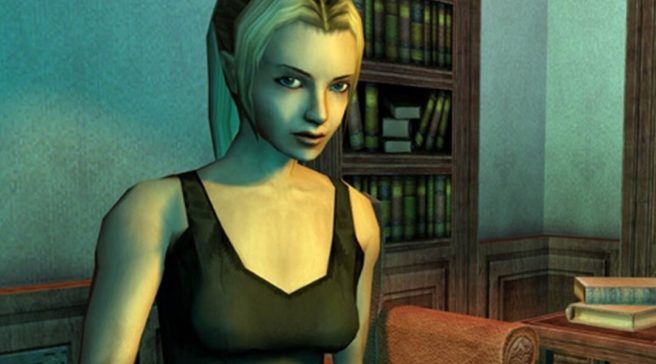 Denis Dyack, the director of the Nintendo-published psychological horror game Eternal Darkness, appeared on the latest episode of IGN Unfiltered. Dyack reflected on the GameCube title during a lengthy segment of the show.

Dyack discussed Nintendo’s interest in Silicon Knights after seeing the studio’s camera tech, moving the project from the N64 to the GameCube, working with Nintendo, and more. One interesting story came about when he was asked if any Sanity Effects were cut from the final game. Everything made it in, but not without some effort. Dyack actually spoke directly with Nintendo’s Shigeru Miyamoto about the one memorable Sanity Effect in which Eternal Darkness would make it seem as though your save file was being deleted.

Dyack recounted the story during the podcast, mentioning:

“There were some ones that almost got cut, and we again sat down – literally sat down – with Miyamoto and many of the crew at NCL and that made it in. That made me so happy… what it showed to me was how much Nintendo cares about their consumers. As game developers, I think we work for gamers. That is rule number one. The particular Sanity Effect that I’m referencing here is the one where it starts deleting your memory card really slowly. That was my personal favorite. I sat down and made sure that sort of meter went really slow enough for people to start screaming.

So Mr. Miyamoto sat down with a bunch of engineers and said, ‘Denis, what if someone looks at that, gets really angry, and throws their GameCube against the wall because they think it’s bugged out?’ And he goes, ‘Is that our fault?’ It caught me. I was like, ‘I don’t know. Maybe.’ And he goes, ‘Well, what do we have to do for customer service for that? Have you thought of that?’ I was like, ‘I haven’t.’ He goes, ‘Have you ever seen anything like this before?’ I was like ‘No.’ And he goes, ‘Well what do you think?’ And I said, ‘I think because you’re saying have we ever seen this before, that we should do it, because I don’t think anyone has done this before.’ And he sat back, and everyone looked around, and they’re like, ‘We think this is really risky, but we’ll do it.’ And that’s what I remember most.

With Eternal Darkness, we pushed a lot of barriers. Eternal Darkness was not a typical Nintendo game. And when you look at the whole lovecraftian mythos, it doesn’t appear in any other Nintendo franchises, right? The whole idea that they would walk down that road with us and think about it… that is not a typical game that comes out of Nintendo, and they were on board, so far to even with that example. I had never considered that possibility. There’s a lot of good will that went into that, and they just believe in gamers. I said to them, ‘I think that experience will be something that gamers will remember forever.'”