Director reflects on 25 years of Kirby and the future 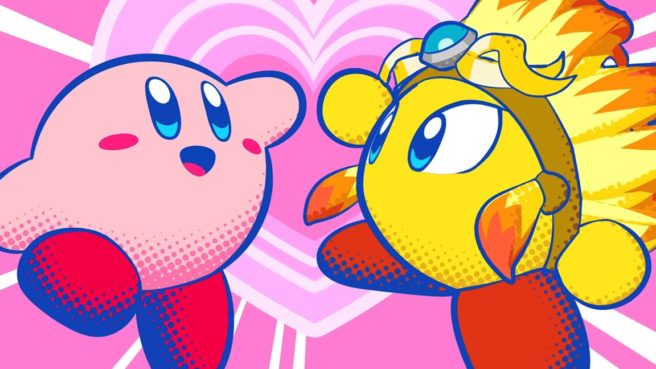 It was just a few weeks ago that Kirby celebrated its 25th anniversary. Shinya Kumazaki, who has worked on the series since 2003 and as acted as director since 2008, wrote up a special post on HAL Laboratory’s website in honor of the occasion.

Kumazaki mentioned that “it is now possible to maintain a consistent release and support schedule for our games,” which has allowed Kirby to grow. He also spoke about a philosophy of aiming to please fans by working so hard that the team essentially overdoes it. As for the future, Kumazaki said: “While there are fans there wanting to play a new game in the series, I believe we’ll continue to grow alongside our character and take on those fun and more serious new challenges head on.”

Hello everyone! General director of the Kirby series, Kumazaki here.

In order to protect peace on his world – as well as his nap time – Kirby has had to do battle with powerful foes time and time again. Despite his seemingly disinterested expression, when the occasion arose he faced impossible odds against powerful enemies with the fate of the world on the line… but of course that in itself is some of the appeal of the Kirby series.

Recently, however, as well as changing up the standard Kirby formula, a number of new eye-catching opportunities have presented themselves. Over the years leading up to the 25th anniversary, the world of Kirby exploded outwards. The staff working on the IP, who had until now treated it with the utmost respect, were able to try things they had never attempted before, as well as take on new challenges. Players were able to catch even more glimpses of Kirby at gaming events and even their local shops and convenience stores.

In 2018 we are proud to be receiving the Weekly Famitsu’s Award for Game Character of the Year. Everyone at the team is full of gratitude. Thank you!

Weekly Famitsu especially praised the four recent entries, from Kirby’s Return to Dream Land to the newest entry Kirby Star Allies, for reaching platinum status. But there was also something unique this particular award: this year for the first time the awardee was selected by game fans, which makes us especially proud.

Truly, thank you all. And congratulations Kirby!

In contrast to recent years, it is now possible to maintain a consistent release and support schedule for our games. I feel that Kirby as a character is also growing alongside this new consistency. Looking back over those last twenty-five years up until now, the games that come to mind are Team Kirby Clash Deluxe, Kirby Battle Royale and the most recent Star Alliance with its free updates. And, now with the inclusion of this year’s Kirby’s Extra Epic Yarn for the 3DS, players can experience not only that tried and tested platformer formula, but a host of other different genre titles.

Kirby has not only traversed many different game worlds, but over these 25 years has also branched out rapidly into the worlds of merchandise and live events. As much as anyone in the development team, those creating and planning these elements for HAL Laboratory are just as bold in pushing the boundaries of the Kirby brand in surprising new ways. These are the things we have to keep trying to do as a business… otherwise we’ll get slack. When we’re making new products, we must always be thinking: ‘if we try so hard that we’re basically overdoing it, our fans are bound to be happy’. This is an ethic we continue with even now.

Of course, attempting the unknown comes with its own struggles and failures. Getting over those large hurdles is difficult, but the important thing is that we have to keep trying in order to see those smiles on the faces of our fans, and even on that round Kirby head. That desire is what gives us the energy to continue.

But I also think that all we have achieved until now is simply a waypoint on Kirby’s long journey. Each and every day the team is also looking to the future and growing. We’ll continue as long as there is at least one person enjoying our games. While there are fans there wanting to play a new game in the series, I believe we’ll continue to grow alongside our character and take on those fun and more serious new challenges head on. Please look forward to whatever lies ahead for Kirby in the future!

Finally, happy birthday again to Kirby!
See you next time.