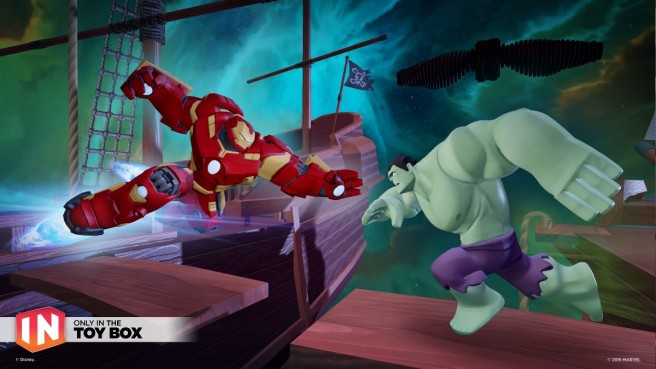 Disney Infinity 3.0 launched just over a month ago, but the game will still be receiving new content over time. Case and point: the Marvel Battlegrounds Play Set.

Disney Interactive will be bringing out the new Play Set in 2016. During the New York Comic-Con next week, it sounds like it’ll be getting a proper unveiling.

Take a look at this overview for a panel that is planned for the expo:

“Disney Interactive presents a behind-the-scenes look at the new Marvel Play Set for Disney Infinity 3.0 Edition, this year’s must-have family game! Set to launch in 2016, the Marvel Battlegrounds Play Set introduces a new style of gameplay to the Disney Infinity platform, along with popular Marvel characters Hulkbuster, Ultron and others. Featuring an in-depth look at the Play Set, Special Guests from the Disney Infinity team, Avalanche Software, United Front Games and Marvel and figure giveaways!”