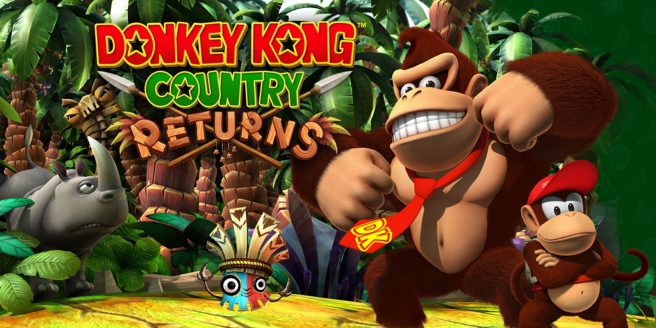 Walker worked on Metroid Prime 2 and 3 before directing the Wii title. Retro actually had some interest in moving on from the Prime series after the second entry, but after Donkey Kong was presented to late Nintendo president Satoru Iwata, he instead wanted the team to come out with a third game. Then after Metroid Prime 3 launched and there was a lot of some key staff, the opportunity to work on the Donkey Kong Country IP came about.

Walker also talked about meeting with Shigeru Miyamoto early on and had much praise for him. After one conversation in Kyoto, Miyamoto asked Retro to take care of IP, stating: “Please take care of DK. He is my friend.”

Below is Walker’s full words:

“After Prime 2, Retro was really trying to think of what we wanted to move forward with, what was next. We were starting to feel franchise fatigue with the Prime series, and we took a look at a variety of different IPs within the Nintendo stable, and DK came up at the point. From what I recall, it was forwarded to Mr. Iwata who said, ‘We really want Prime 3 as a first-person game to show off the new platform, to show off the power of the Wii Remote.’ And that was a good reason, we understood the corporate strategy. So we transitioned from Prime 2 to Prime 3.

At the end of Prime 3 – of course this was well documented – as that was winding down, we had the design director Mark Pacini, the art director Todd Keller, and our technical director Jack Mathews – they spun out to form Armature. This was jarring for the team because these were not just highly respected leaders, but these were our friends, and we had been in the trenches with these guys for a long time. We also suffered at the time a huge cultural setback with the team of the loss of Mark Haigh-Hutchinson, who we lost to pancreatic cancer. That was really had. It just really didn’t feel right from a creative standpoint, a cultural standpoint to immediately move forward into another Prime game at the time and there was a lot of conversations – the DK IP bubbled up as one that was ready for a revisitation, and not just DK because there had been other games with him such as Donkey Konga and so forth, but the Donkey Kong Country IP which was a hugely successful game on the SENS. We got the shot.

This game, Donkey Kong Country Returns on the Wii for Retro Studios really was in my time there the high point because it was the result of so many different things that we had worked on with the studios to improve our processes, to improve our tools, to improve our interfaces with our Japanese partners, and to think outside of what we were comfortable with.

That said, when we started doing some art mock-ups, we got some palm trees that looked exactly like something you would see in Metroid Prime – very sullen, dark, edgy, menacing palm trees. But we learned very quickly, and we started to understand that we turned up the saturation, we added some deformation, some chibi, some whimsy to it. The most pivotal aspect was having the chance to sit down with Mr. Miyamoto and get an understanding from him what he wanted to see, what he hoped to see with DK. He never at any time stood up and said, ‘This is what it will have. This is your checklist. This is what I want period.’ He just offered feedback and guidance and mentorship, and that’s one of the things that made Mr. Miyamoto so valuable as a resource. He can be incredibly demanding at times and there have been plenty of occasions where he just flipped the table over and said ‘start again,’ but you can tell he wanted to happen. He wanted to see DK in a new adventure. I’ll never forget as we were wrapping up our conversation with him in Kyoto, he said in English, ‘Please take care of DK. He is my friend.'”