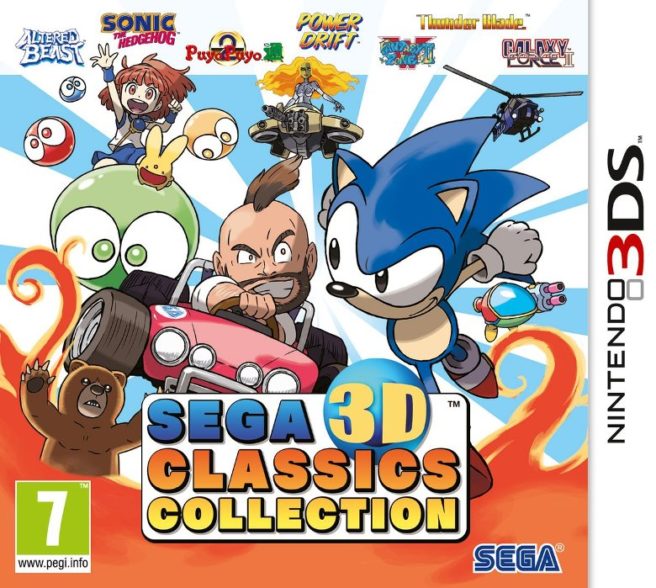 SEGA 3D Classics Collection will come to Europe on November 4, SEGA has announced. North America has had the collection since April 26.

Nine classic games are featured in SEGA 3D Classics Collection. Sonic The Hedgehog, Thunder Blade, Galaxy Force II, and Altered Beast are among the titles represented. Maze Walker and Power Drift are also debuting in Europe for the first time. On top of that, Fantasy Zone II: The Tears of Opa-Opa, an extension to Fantasy Zone II is included.