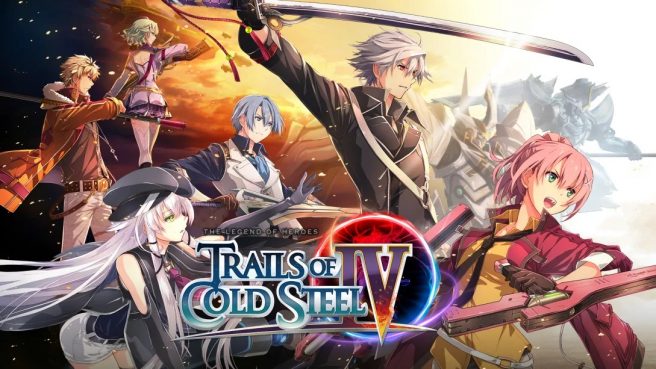 Falcom hasn’t had much of a presence on Nintendo platforms, but that has really started to change with Switch. The company’s biggest franchises – Ys and The Legend of Heroes – are now starting to be made more widely available on the platform.

In a recent issue of Famitsu, Falcom president Toshihiro Kondo spoke with the Japanese magazine about the company’s Switch support. He was joined by Nippon Ichi Software boss Sohei Niikawa with the two also discussing the recently-released Switch version of The Legend of Heroes: Trails of Cold Steel IV.

Making the move onto Nintendo Switch

What made you decide to port the game to Switch?

Kondo: In a perfect world we would have released the Switch version ourselves, but considering we aren’t that big a company, it would have inevitably caused a delay in development. We decided to work on original titles and let our partners work on the Switch port instead.

Niikawa: We had other new titles we had to release over a short period of time too.

Kondo: Definitely. we want to work on a new Ys title, and if we keep working on The Legend of Heroes concurrently, I highly doubt that story will be told before I retire (laughs). There are already plans for new games scheduled to be released some years down the line, and we simply don’t have the manpower to do the Switch port ourselves.

So that’s why you had to outsource development.

Kondo: We had proposals for a Switch port, but we choose Nippon Ichi Software and Clouded Leopard Entertainment (CLE) to work on the ports as they showed the most passion out of all those companies. Not only that, but they also had the knowledge to develop Switch games and we knew they could put it together faster than we could. From the players’ point of view, the earlier the release, the better.

Niikawa: We’ve said to Nihon Falcom before that we would love to bring their games to different platforms, localized in different languages for the overseas market. We have a subsidiary company in America who sells games for the North America and Europe market and we were in a position where we were on the lookout for potential games to localize. I met Mr. Kondo when I moved into my current position within the company and made our proposal then.

So the two of you have known each other for a while then?

Kondo: Right, but back then we had a different company handling localization and didn’t have an opportunity like we do now. The situation changed as time went on and when we needed a different company to localize Ys VIII, we asked Nippon Ichi Software. It started with localization, but now we are asking them to make the Switch port of our game too.

Niikawa: From the moment we met I always wanted to work with Falcom, and knowing they were working with other companies meant it was test of patience waiting for that opportunity (laughs)

Niikawa: I knew other companies would make offers to localize Ys VIII, so our offer included a Switch port as well.

With more entries from The Legend of Heroes series on the horizon for the Switch, could you talk a little about how that came to be?

Kondo: There’s a bit of backstory there but basically, it’s all because of Mr. Chen (CEO of CLE). In the past, I was lucky to know Mr. Chen from when he was working at Sony Interactive Entertainment (SIE) where he was active in exporting Japanese games to the wider Asia region. When Mr. Chen became independent and established CLE, he offered to localize our games.

How are Falcom, CLE, and Nippon Ichi Software Software working together?

Niikawa: The three companies aren’t necessarily working together all the time. We got the license to work on The Legend of Heroes: Trails of Cold Steel III and IV, while CLE got the license for I and II. We chose III as we thought it could still be a good starting point for the series. It ended up feeling strange that the whole series wasn’t available on a single console, so with the help of CLE, the entire The Legend of Heroes series will be available on Switch.

So it all started with III and IV?

Kondo:  Starting from III did weigh on us a bit; usually ports are always made from the first entry in a series.

Niikawa: That said, seeing the reactions from the fans who thanked us for the Switch port really put us at ease.

[What other titles would Falcom be interested in porting?]

Did fans have any requests on what games they’d like to see ported next?

Kondo: There were many requests, however many of those games have already been ported to other consoles. Looking at past titles, Nayuta no Kiseki (PSP, 2012) is a good candidate because it has never been ported anywhere. There’s no North American version of Zero no Kiseki, and that’s something we also want. In the past when we went to gaming events in North America, I remember getting message cards from fans asking for Crossbell, so I want to get on that quickly (laughs).

Is the strategy now to keep making games for PlayStation and then make a Switch port of the game?

Kondo: Who knows what will happen in the future, but that’s our current plan. Many new employees have joined the company hoping to work on our flagship titles, so we thought it was best for us to focus on making those games and have other company work on making the ports.

Niikawa: We’re lucky to be able to release The Legend of Heroes: Trails of Cold Steel IV for Switch. This version has all the DLC from the PlayStation version and I highly recommend to anyone who played III to try it out. For those who have never tried III, I hope you get to play both titles.

Kondo: The last 7-8 years of working with Nippon Ichi Software allowed our games to reach a much wider audience around the world. I’m hoping to continue this partnership and deliver new games to even more people. We’ll continue striving to making fun games, so keep an eye out for what’s coming next.