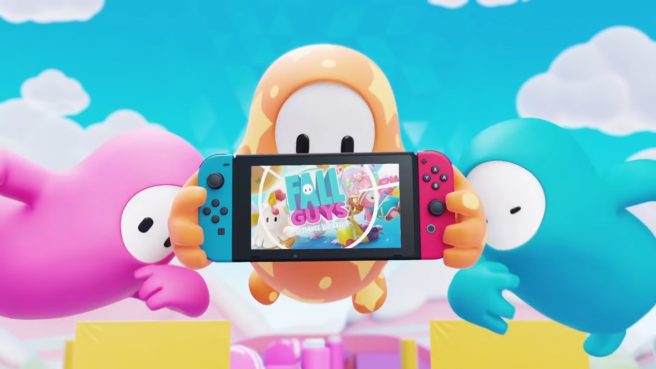 The Switch version of Fall Guys finally has a release date on Switch, with Mediatonic today announcing that the game will be available on June 21, 2022. Cross-play and cross-progression will be fully supported across all platforms thanks to Epic Online Services.

Mediatonic announced the Switch version of Fall Guys in February 2021, and it was originally planned for that summer. It was then delayed indefinitely a couple of months later.

News about the Switch version of Fall Guys isn’t today’s only announcement, as it’s also been revealed that the title is going free-to-play. This is also going into effect on June 21.

Finally, Fall Guys is getting Season 1: “Free For All” on that same day. This is “a new season that sees our beloved beans arrive en masse to a giant arena to compete for ultimate glory in brand-new events and locations.” A season pass will be offered, which is “a supercharged version of the game’s free progression path that can be purchased with the new in-game currency, Show-Bucks.” According to Mediatonic, “The game’s free progression path will remain in place, along with the existing currency, Kudos.”

A trailer highlighting today’s news for Fall Guys can be found below.