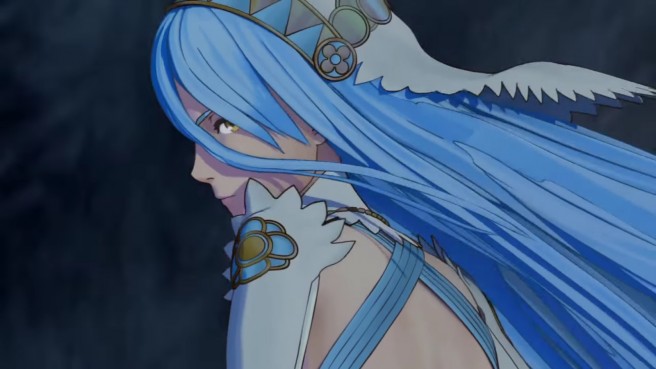 USGamer has published a new interview with Fire Emblem Fates director Kouhei Maeda, producer Masahiro Higuchi, and Nintendo director Genki Yokota. Between the three, they commented on making Birthright and Conquest at the same time, the input of novelist/manga writer Shin Kibyahashi, and the series’ future.

Continue on below for a breakdown of the interview. You can find the full article here.

On developing two games at once

– Many of Intelligent Systems’ developers have been working on Fire Emblem since the original
– Roughly 150 staffers
– Birthright and Conquest utilize the same pool of assets, allowing the studio to focus on developing two very good scenarios
– One team worked on the core of both games
– Separate teams focused on level design

“I’d like to say that the main staff involved in this project has been more or less similar to those who worked on previous games.” – Higuchi

On the input of Shin Kibyahashi, novelist and manga writer

“We got the hint that the story has to be simple and easy to understand from a lot of people who will be playing the game, and that’s sort of the idea that comes from the fact that he has been involved in a lot of stories, or manga, which is typically read by a lot of people. So… to address a big crowd… it’s sort of the idea that Mr. Kibayashi brought to us, and that has influences us in working on the story for this game.” – Maeda

“As you see, there are four major characters on each of the paths, four of each in Hoshido and in Nohr. If you look at those main characters, there were quite a bit of ideas that came from Mr. Kibayashi, and we salso had opinions from the development team here at Intelligent Systems. We combined everything to develop all the main characters that you see in each of the kingdoms.” – Maeda

On the characters that Maeda and Higuchi had their protagonist marry

– Higuchi went with Felicia because she’s “always around in the story”, which sort of makes it “natural to build the relationship with her”
– Maeda prefers Nohr’s Camilla because she’s unique

On what Fire Emblem needs to continue its current mini-renaissance

“Personally, I feel it’s very important to keep what’s been working well in the series, as well as challenge ourselves to implement new things in order to make it more fun and enjoyable for a broad audience.” – Yokota

“Maeda-san mentioned earlier about this game being a tough RPG – sort of like a simulation type of game – with a turn based system; and while some people really enjoy the interaction with the various characters that you play with during the game, there are some other players enjoy more of the storyline. We feel like it’s very important for us to continue suggesting all these different ideas that would make the game more accessible to various people, and, to be honest, there’s not a single answer to this. But, I feel like the key to continue making the Fire Emblem series successful is to continue challenging ourselves and implementing all these good ideas that come up during the development process.” – Higuchi