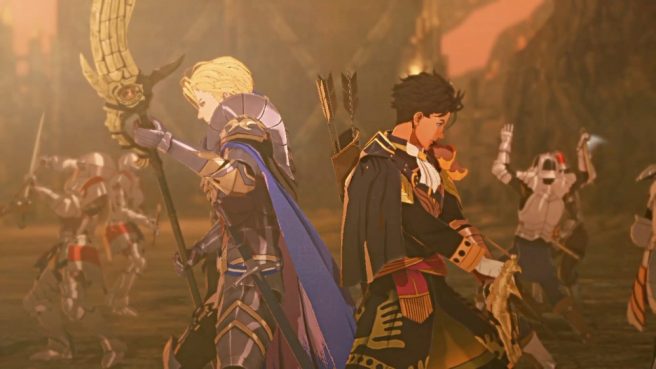 That nugget of information comes from an interview published by Japanese magazine Nintendo Dream with development producer Hideo Suzuki, producer Yosuke Hayashi, and director Hayato Iwata. Hayashi said the team “wanted to make a sequel to Fire Emblem Warriors” and “called it Fire Emblem Warriors 2 as a placeholder name and discussed various directions we could take it in”.

Suzuki: It ended up as the phantom proposal (laughs). The direction may have changed, but we’re fans of Fire Emblem: Three Houses, so we were more glad than anything to have the opportunity to create a Warriors title in that setting.

Iwata also revealed that there was discussion about “possibly introducing characters from past titles”. However, as development progressed, it was decided “to focus on just Three Houses and create a story that could have plausibly happened in that world.”

We’re working on a full translation of Nintendo Dream’s interview with the Fire Emblem Warriors: Three Hopes developers, so stay tuned for that in the coming days.