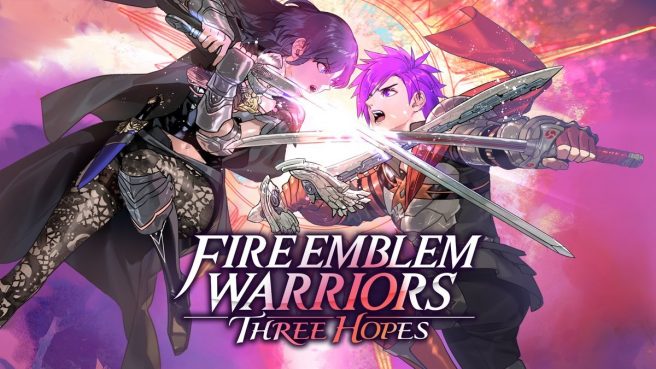 Check out an overview of the game, as well as this trailer, below:

Take on the role of Shez – a lone mercenary on a quest for answers after suffering a brutal defeat at the hands of the mysterious Ashen Demon. After crossing paths with the future rulers of the three nations that govern Fódlan, Shez quickly finds themself wrapped up in a growing conflict that will determine the future of the continent.

New stories will unfold as you guide a mercenary who was meant to fade from the pages of history down one of three diverging paths!

CHOOSE YOUR HOUSE
Not long after your adventure begins, you’ll be asked to enrol in one of the Officers Academy’s three mighty houses. The students of these houses wield unique abilities and are brimming with personality, but choose wisely – your choice will shape your destiny!

Before you head into the fray, carefully examine the map, consider your objectives, choose your allies and equip them with the right weapons. Some of them will have advantages against specific foes, so make sure to deploy them to the right location when giving orders.

In the heat of battle, hack and slash your way through swarms of enemies with calculated manoeuvres and earth-shattering abilities. By assigning an ally as an Adjutant, they’ll watch your back and lend their support to help mow down foes with powerful Partner Specials.

Make sure you give orders to your comrades, too! Dominate the battlefield by sending your troops to capture strongholds, defend friendly forces or launch an all-out offensive to turn the tides in your favour. If a situation elsewhere on the battlefront requires your intervention, switch between allies on the fly to take direct control of them and resolve the conflict.

Need a helping hand? Have a friend lend you their sword in split screen co-op mode.

REST AND PREPARE
Between skirmishes, lay down your weapon and take a well-earned rest at the Base Camp. It’s the perfect place to bond with your companions, train up troops, and prepare for the battles ahead.

Spend time getting to know your allies by sharing a hearty meal, volunteering in some camp chores or embarking on a relaxing expedition. As your bonds deepen, they’ll share personal stories with you, and in turn, they’ll offer better support on the frontlines.

In need of better equipment or want to test new strategies? Then acquire some shiny new weapons, unlock new classes, or participate in mock battles and training sessions. Use the spoils of your battles to expand the facilities in your encampment too. This will increase their functionality so that you and your party can reap even more benefits from using them.

COMPATIBLE WITH amiibo
You can tap up to five amiibo (sold separately) once per day to receive in-game presents or items. By tapping a Fire Emblem series amiibo, there is a chance you’ll get even better rewards!