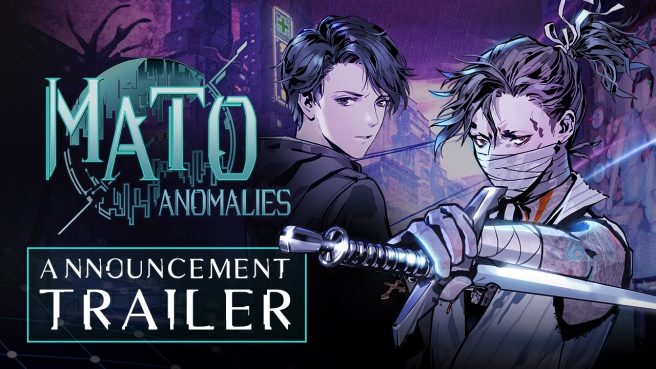 As part of the Japan Expo taking place today in Paris, publisher Prime Matter and developer Arrowiz have announced that futuristic RPG Mato Anomalies  will be coming to Switch. It is currently slated for a 2023 release.

In the game, you’ll take the role of a detective investigating dark secrets in the city of Mato, a “a sprawling metropolis that combines traditional with futuristic architecture in a post-apocalyptic world”. Beyond investigations, the game will also feature intense battles, a variety of dungeons to explore and complex combat mechanics.

Mato Anomalies is a turn-based RPG that takes players on a journey across Mato, a fantasized neo-futuristic version of the Old Shanghai. Take control of the Dual Protagonists Doe and Gram to investigate strange anomalies around the city, or venture into rifts to battle demonic abominations determined to bring about the city’s downfall. Team up with unlikely companions and unravel the dark secrets in this story of Duty, Hope and Justice.

Mato isn’t a normal city, but it pretends to be. Who could’ve imagined the evil hiding beneath the surface?

Such difficult situations bring together unlikely people. Just like our protagonists young private detective Doe and the mysterious exorcist Gram.

Utilizing their respective skills they head out to unravel the mystery of Mato and defeat the evil force trying to bring about its downfall.

Will justice prevail? Or will our heroes fall victim to corruption?

Here is a newly-released trailer for the game:

Mato Anomalies will release with both physical and digital version available, sometime in 2023.