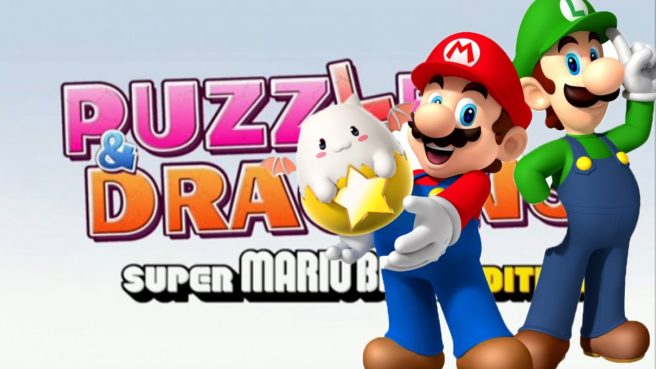 GungHo Online Entertainment is officially working on a new game for Switch. We don’t know what it is exactly, but the project was teased as an “action game for all ages with a lighter, comical tone.”

GungHo’s Switch title won’t just be for Japan. President and CEO Kazuki Morishita has confirmed plans for the west, and the company may have other titles for the console as well.

You can read some comments from Morishita below. The full interview is located here.

On the company’s Switch game…

We have a few titles in the design stages, and one which is currently under development. It’s an action title, and we’ll have more information about it at a later date, but the earliest parts of its development actually started about 4 or 5 years ago. It’s been incubating over time, and when the Switch was announced we felt that with the new kinds of technology it was bringing to the market it would be a good fit for this project.

It actually wasn’t later on that we decided to put Puzzle & Dragons on the 3DS — during the development of the smartphone version we’d already decided that we wanted to somehow bring it to the 3DS. So from the early design and document creation stages it was already on our mind, but making both a 3DS and a smartphone version simultaneously was unrealistic at the time, because of the amount of people we were able to have dedicated to the development process. That’s why the smartphone game came out first.

On bringing Puzzle & Dragons to the west…

On how the Puzzle & Dragons Super Mario Bros. crossover came about…

After Puzzle & Dragons Z came out and was quite successful, we were thinking of making a spin-off title, and thought “Well, it’s on a Nintendo platform, so what if we tried making a Mario version?”. So we kind of just made a Mario-themed version, and then showed it to Nintendo. I actually showed it directly to Shigeru Miyamoto, and we weren’t sure what he’d say, but basically he said, “Yeah, it’s good!”. (laughs) That’s how it came to be in the early stages, and then it went into full development. So it wasn’t so much “Oh, can we make this?”, it was more like “We just made this — what do you think?”

We actually got the sound team from Nintendo to help out with making the sound and the music for the game, too. It’s full of Super Mario sound effects, and not just from one game, but from a variety of the titles. It’s also fun because Mario usually moves across the screen, sidescrolling, but here he goes into the screen — that’s new for Mario! Overall, it was a very exciting and stimulating project to work on.