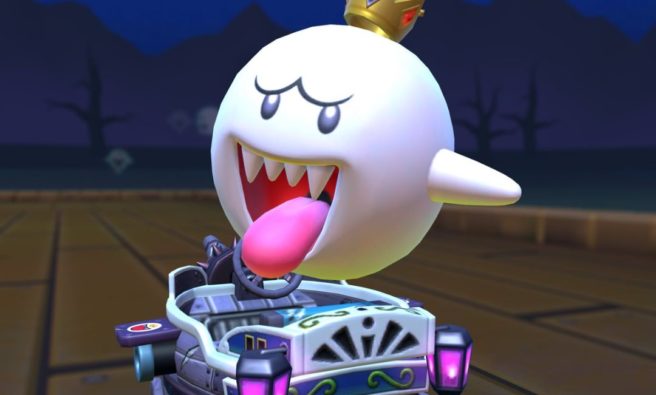 As previously mentioned, the Halloween tour is starting in Mario Kart Tour on October 22. Luigi had already been confirmed as playable, and now the same can be said of King Boo as well. Nintendo says he has “his own special skill that’s surely fit for a king”.

Below are some screenshots from the upcoming tour: