Hyrule Warriors: Age of Calamity team on how playable characters were decided, devs had split opinions on Zelda and Divine Beasts 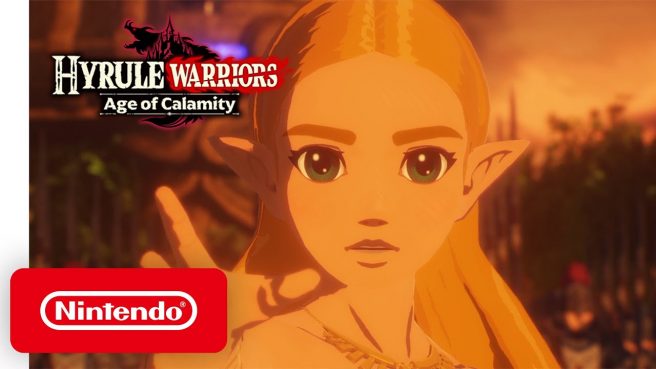 Dengeki Online recently published a lengthy Hyrule Warriors: Age of Calamity developer interview. Producers Yosuke Hayashi and Masaki Furusawa, along with director Ryota Matsushita, were all involved with the discussion.

At one point, there was some interesting discussion about the game’s characters. The three first shared the following when asked about how the playable characters were chosen, as translated by Nintendo Everything:

Matsushita: We were conscious of two things: First was to meet player expectations and the second was to betray and exceed those expectations. Being able to unlock and use a character is a great reward, especially in musou games. We wanted to surprise players and keep the next battle exciting. The cast might seem unexpected, but I think they’re familiar faces to anybody who has played Breath of the Wild.

Hayashi: We didn’t have much trouble picking the characters. We were thinking more about which characters should be kept hidden, and interesting ways we could reveal them in the story. We settled on an order we thought would most surprise players, which might explain why people were surprised by the choices.

Furusawa: I’m sure Breath of the Wild players made predictions on playable characters… and they were about 80% right. We thought long and hard about how characters should play, which was hard work, but I think we were able to betray expectations in a good way.

Next up, we get to hear about how there were a few split opinions on the team. It turns out that there was some uncertainty about including Zelda herself as well as the Divine Beasts.

Matsushita: We were split on whether Princess Zelda should fight, and the Divine Beasts.

Furusawa: You’re right, we were quite worried about how to incorporate Divine Beasts.

Matsushita: Unlike other aspects of the game, it was just hard to picture. It took us a while to get our heads around.

Were there difficulties establishing how the Divine Beasts should attack? You don’t see them do more than a single attack on Ganon in Breath of the Wild.

Matsushita: The biggest problem we had was that Divine Beasts do not flight as allies in Breath of the Wild. For some animations we took hints from when you fight against them, like the battle where ice is used as projectiles or when you slam their tail to rain lava. Most of all, we thought about what kind of attacking moves players would want when using the Beasts.

For example, the water Divine Beast Vah Ruta would definitely attack using its long nose and that would feel awesome. It’s very close to the animal it’s been based on. Each Divine Beast in Breath of the Wild has a different motif.

Fire Divine Beast Vah Rudania is a mysterious creature not based on any animal. Its design came from looking at the way it walked, its body shape, and imaging the major role it would play and types of things it could do in a war.

We placed a big emphasis on the experience of using Divine Beasts. The Divine Beasts were key to battles at the time of Age of Calamity as they can perform feats you wouldn’t normally expect out of a musou game. We wanted to convince people of the power the Beasts possess through the way they played.

Furusawa: Battles with Divine Beasts offer a different flavor, not quite a bonus stage, but something in that vein. We never intended to make it difficult, but as players are unable to heal, or have a slow turning speed when using wind Divine Beast Vah Medoh, so you can get caught if you’re not careful.

In that sense, I think we were able to make it a worthwhile addition. You wouldn’t feel the grandiose scale of the Beast if it moved too smoothly. We wanted controls to feel unsteady so players could feel the contrast between the size of enemies and the Divine Beasts themselves.

Continuing on the talk about the game’s various characters, Dengeki pointed out that characters such as Impa and Purah have different designs compared to their appearance in Breath of the Wild. When asked how their looks were chosen,  Matsushita and Hayashi explained:

Matsushita: We worked under the supervision of the Zelda team at Nintendo and came up with the designs in conjunction with them. Breath of the Wild had a lot of background information on those characters which served as our biggest guide when coming up with designs.

We arrived at Impa’s design for example by taking hints from her granddaughter Paya, and we made Purah’s design based on remnants from her past. Breath of the Wild really helped with designs, it’s a deep game with a lot of lore to draw from.

Hayashi: We successfully recreated the Hyrule from 100 years prior mixed with something original for Hyrule Warriors. I’m sure the staff felt more pressure than any other project we’ve done. Looking back on it I think we did a good job, though development was a lot of hard work.

Finally, the developers were asked if they had any stories when the team was establishing the characters:

Hayashi: We didn’t actually decide on a merchant until midway through development. The game wasn’t feeling much like Breath of the Wild yet, and by adding merchants and shops it made the world from 100 years ago much clearer.

Furusawa: It’s difficult to tell a story through the game’s intense battle scenes, so we added things like the Hyrule map as a place to dive deeper into the lore.