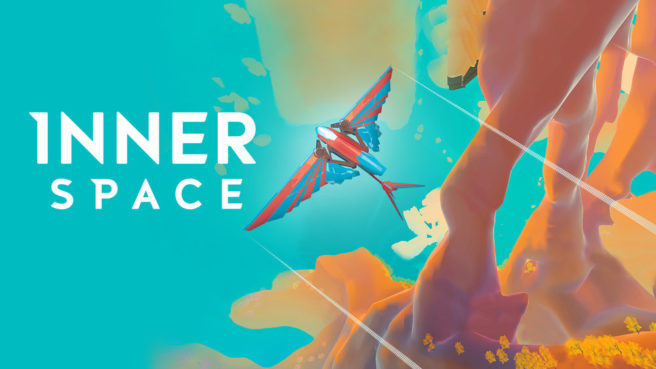 PolyKnight Games, with publisher Aspyr, has released a big content update for the Switch title InnerSpace. The developer has acted on feedback while also adding new airframes for new playstyles, customizations, and more.

Here’s the full rundown of the update from PolyKnight:

InnerSpace has been live for almost three months now, and we’ve been listening closely to our players and to critic reviews. As a small team of just seven developers, we are always trying to learn and improve, so we’re super excited to deliver our first big update, just released on Nintendo Switch. This update addresses a lot of critical feedback, offers new airframes for new playstyles, and adds customizations designed by our very own Kickstarter backers!

Without further ado, here are our two new airframes, the Hopper and Glass Piano.

Hopper: A craft for slow contemplation and observation. This airframe stops completely when drifting, allowing players to look around without fear of crashing. It also sports a nifty compass that always points towards the world’s center, which is the closest thing the Inverse has to “North.”

Glass Piano: A fragile variant of the piano airframe. A lot of players came away with the impression that you can’t die in InnerSpace. Technically this isn’t true, and we wanted to give intrepid pilots the chance to make their own legend. This airframe shares most stats with the regular Piano but is much easier to break. This is our way of adding HARD MODE. Good luck!

Full update notes below. And remember, your greatest journey is within!

– Added unlockable airframe skins! Visit the Archaeologist to unlock new colors for all of your airframes.
– Added 2 new relics: Hopper Wing (Sunchamber) and Glass Wing (Dawnvessel).
– Added 2 new planes: Hopper and Glass Piano. Hopper can stop completely when drifting, whereas Glass Piano is a fragile, challenge-mode plane.
– Woodwind airframe has a much slower break speed, so learning the game is easier for new players in the tutorial.
– Zephyr Spark airframe drift/airbreak is slower and has faster turning speeds.

P.S. For those of you interested in a photo-mode, combine the Hopper airframe with the invisible skin to get wide-angle stills!