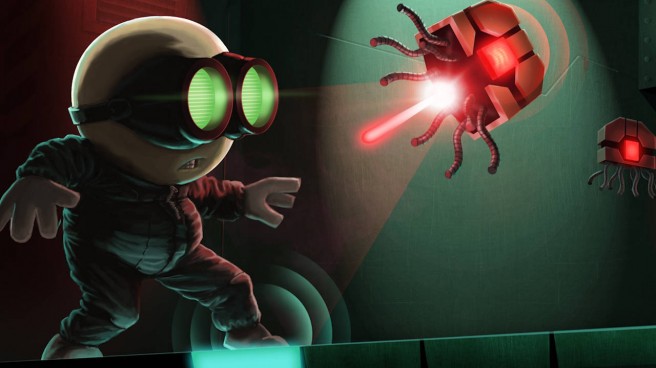 Stealth Inc seemed like the furthest thing from a Wii U eShop release when it came out in 2013. The PlayStation versions came and went, and there was no word on a release for Nintendo’s console.

Still, when time for planning a sequel came around, something within Curve Studios clicked. This led to the company announcing Stealth Inc 2 as a Wii U exclusive – at least for the time being – back in May, which surprised quite a number of folks. For Wii U owners though, it’s great news.

We sat down via email (wait a second…) with Rob Clarke from Curve Studios to ask about Stealth Inc 2, working on Wii U, and the company’s other beloved gaming baby Fluidity. I think you’ll enjoy much of what they have to say: 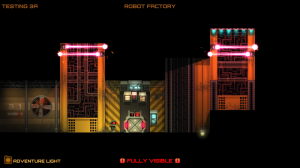 Curve Studios has several games lined up for Wii U, as you’re planning on bringing at least four titles to the eShop by year’s end. What led Curve to pledge such strong support for the console?

We’re big fans of the system, our history with Fluidity proves that. We’ve been seen as ‘PlayStation guys’ for years but while we love working with Sony, we’ve always considered ourselves ‘platform agnostic’ – one of the great things about being an independent developer and publisher is that you never have to tie yourself to one system. Nintendo, more than any other platform holder, really love games, and it’s refreshing that they don’t really make the distinctions or labels that other people make. They don’t see us as ‘indie’ or small, they treat us like they might treat Ubisoft or Platinum, and that’s really awesome.

Of course, there’s a good reason for Curve as a business too: While Nintendo doesn’t have a lot of indie titles on the Wii U shop there’s more room for us and the press are simply more interested than they might be if we were just ‘another’ PlayStation indie title.

Stealth Inc 2’s announcement came as a surprise for some since it was announced as a Wii U exclusive. How did you feel about the reaction? Wii U owners were naturally excited to have an opportunity to play Stealth Inc 2, but fans who played the original on other systems were disappointed that it’s not coming to additional platforms.

We had this amazing moment where we were telling the UK games press about the game in person, and each time we said ‘Oh, and it’s a Wii U exclusive’ most of them made a face and very quickly asked ‘Why are you doing that?’ as if it was the craziest thing in the world. I think that in the last six months since we announced the game, the Wii U has become a stronger option. The hardware is getting cheaper all the time, the games are getting better and, for smaller developers like us, the lack of third party support actually means we don’t struggle to find an audience.

As for the people who are upset, I can understand that, but we’ve never limited ourselves to one system. Hundreds of thousands of people who own a PlayStation never would have played Stealth if we hadn’t decided to focus on bringing the game to the PS3, for example. We’re working on new games for practically every format right now, so even though Stealth isn’t on PlayStation or PC, other games will be.

When did you guys decide to push forward with a sequel to Stealth Inc? And was there any particular moment when it was decided to make it only available on Wii U?

About six months ago. Nintendo approached us because they wanted us to bring Stealth Inc 1 to the system, but we already had a deal with Sony at the time, so when we started to think about a sequel, we got in touch again. This is a Wii U game from the ground-up though – we didn’t start coding until we knew what platform it was for and what features we could use. 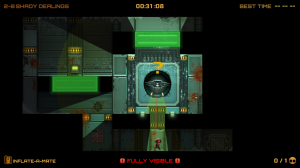 What separates Stealth Inc 2 from its predecessor? Are you taking feedback from the first game into consideration?

We are absolutely looking at what made the first game fun, and what made it frustrating. We’re in a great position where we’ve got years and years of level design experience on the team – including guys that have been with us since Fluidity – constantly honing their craft.

We’re looking at opinions of gamers, reviewers and our own team to find ways to improve the game, and have made major changes. For example, the first game was relentless in its pace and action and that was exciting but also very draining for players, so the game now has a Metroidvania style overworld which players can explore in-between levels. We’ve also changed the way the story is introduced, so that players can get more of the games plot earlier on, rather than holding the main plot twist back right until the very end of the game.

Can you share any details about the co-op gameplay and Miiverse integration in Stealth Inc 2?

With co-op, we didn’t want to separate that out into a whole new campaign, but we also didn’t want it to just be ‘two of everything’ because that felt like a lazy way to approach the idea of a second player. Instead, our co-op is all about solving puzzles together as a team, where one player will control the main character, but the other player can draw on the screen and control all of the equipment in the game, which is incredibly varied and gives that players a ton of different roles during the course of the main campaign.

We also have a level editor which allows players to freely upload and download their own user created levels, giving the game a huge lifespan.

What’s the future of Stealth Inc as a whole? Would you be interested in continuing the series in the future?

When Stealth Inc 2 is finished our lead designer, Jonathan Biddle, is going to be working on a brand new game that’s quite different from Stealth Inc. We’ve been working on the game in one form or another for nearly four years, so it’s nice for the team to take a break and work on something totally new, but this definitely isn’t the last you’ll see of the game or the world.

Wii was the last Nintendo home console Curve worked on. What’s it like developing a game for an entirely new generation of hardware from Nintendo?

It’s very good hardware for the type of games we make. The lack of technical specs might make it tricky for triple-A developers, but we come up against that far less often. There isn’t that same development community on the Wii U as there is on the other platforms, but overall I think everyone at the studio agrees it’s a nicer system to work on than the Wii.

Curve started out primarily as a developer, but you started publishing games for other studios last year. How has that worked out for you thus far?

Very well. We just released our most successful game yet – The Swapper, and we’ve got more announcements for new titles coming out soon. Curve’s business model has been to bring excellent games to new audiences while at the same time making our own original content. It means the studio is always working on something new and we have lots of small teams always creating, reforming and swapping skills. It’s a great way to work and we hope to be able to continue doing it for a very long time.

Along with Stealth Inc 2, Curve is releasing The Swapper and Lone Survivor on Wii U. There’s also been talk of a fourth game that will arrive sometime this year. Could you share any hints as to what this title is?

Look through our catalogue, it’s one of those!

Will any of the games Curve is bringing over take advantage of the Wii U’s features or offer extra content?

There will be no additional story content for any of the Wii U versions, but of course we’ll take full advantage of the hardware. We always make sure that when we port a game, we’re using the tools that we have available. For example, when we did Proteus on Vita we incorporated a GPS feature because it’s a portable system that you move around with. You’ll see us using the Gamepad and the Wii U hardware just like that, to enhance the experience, but not necessarily augment it. 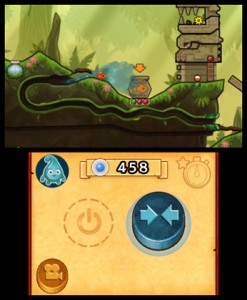 Both Fluidity games were received very, very well. Has it ever crossed your mind to bring the series to Wii U?

That would be really cool! Unlike most of our games though, Fluidity isn’t actually owned by us. Nintendo own the IP and the series, so we could only do another one if they wanted us to do so. There’s always a chance though!

Would you ever consider releasing more titles on the 3DS? We loved Spin Cycle, and want more from Curve on Nintendo’s portable!

Yes! This is the plan, anyway. The 3DS is a tricky console. A ton of us at Curve own a 3DS and we love it, but when it comes to developing games it’s a bit trickier. Many of our games started out on PC and are designed for fast systems with tons of resources. We have to go back to the drawing board if we want to make them on the 3DS, and in the past we’ve not always wanted to do that. However, we decided that it’s too good a system to keep missing out on, so even before the new 3DS was announced we had already made the decision to look at bringing out more games for it, so we should have an announcement about that pretty soon.

Do you intend to continue releasing games on Wii U? Or will you take more of a wait and see approach with the initial batch of titles you’re launching on the eShop?

We want to keep creating games for every system in the world, but of course that does rely on their being an audience for our games on the Wii U. We’re hoping there is, but at this stage we haven’t made a Wii U game that so there’s a lot of assumptions there. Other indie titles have done well on the system so far though, so I think there’s a good chance for Curve, too.

What do you think about the eShop and Nintendo’s handling of digital content overall in recent years – especially compared to the days of WiiWare?

Getting better all the time. Nintendo are still nowhere near as savvy with the store, digital or social as the other platform holders, but that’s changing so quickly. The best example of that is the Treehouse, which was one of the best streaming events of the year, and their excellent digital press conference at E3. They just need to work on connecting that more with indie developers, so they aren’t just platforms for first party games to get even more coverage.

To close things out, would you like to share anything further about Stealth Inc 2 or Curve Studios’ other upcoming games for Wii U?

Stealth is out on October 23rd, but I’d recommend anyone who wants a sneak preview should check out the game in Indiecade (Los Angeles), Eurogamer (London) or Play Expo (Manchester), as we’ll be bringing the final, finished version of the game to those shows in the next few months.

Nintendo Everything would like to thank Rob Clarke for taking the time to write out all of these answers!