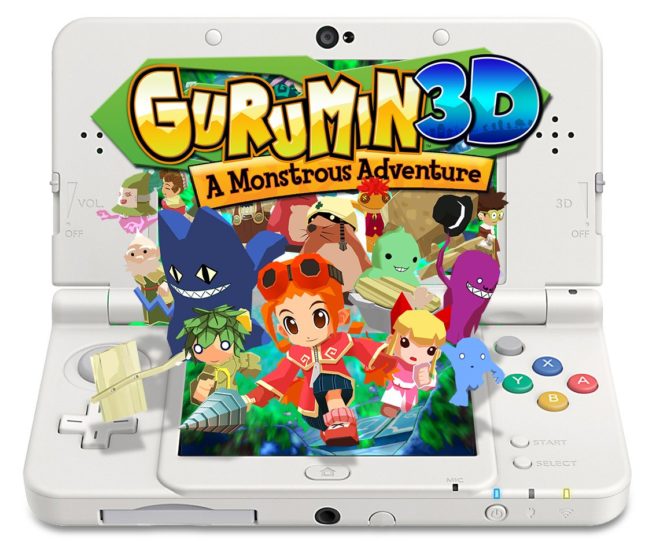 Mastiff and Falcom’s action-adventure game Gurumin has been highly regarded over the years. The two sides are now teaming up once more to bring Nintendo fans the experience. Later this summer, Gurumin 3D: A Monstrous Adventure will be hitting the 3DS eShop.

We reached out to Mastiff to learn more about this new version of Gurumin. Bill Swartz, president and CEO, chatted with us about why the company is returning to the game on 3DS, the challenges of implementing stereoscopic 3D support, improvements, if a Wii U/NX version could actually happen, the possibility of a physical version, and more.

Head past the break to read our full interview.

For those who haven’t heard of Gurumin previously, can you share a brief overview of the game? What can players expect from the experience?

And ya’ know, I think that’s a pretty good overview. As for the experience, I will (blushing slightly) defer to a journalist I once spoke with who described the game as Zelda meets Super Mario but with short range projectile weapons and lots of cuteness. Of course, that was an over-the-top compliment no game that isn’t Zelda or Mario could ever fully live up to, but it’s not bad description of Gurumin.

Gurumin originally came out a decade ago, but it’s been seeing new life lately between last year’s Steam release and now 3DS. Why has it been the time to revisit the game after so many years?

I’d turn that around and say why, oh why, was this treasure allowed to sleep for so long?

It really comes down to the evolution of the game industry and digital distribution, which has opened the door and allowed for us to share the game with a much wider and maybe even entirely new audience. That said, we are delighted for the opportunity to finally bring Gurumin to a Nintendo platform. The game really feels at home on the 3DS. 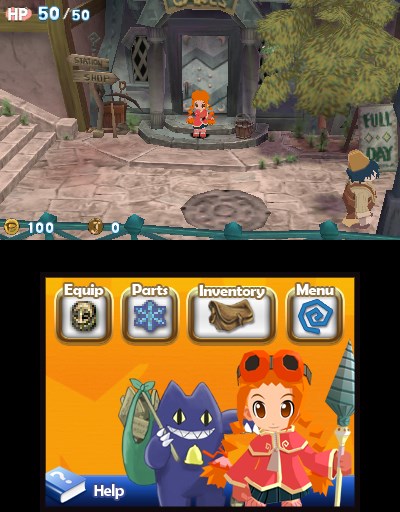 At what point was it first discussed to bring Gurumin to 3DS? Did Falcom come up with the idea, or did Mastiff take the initiative? How long has this version been in development?

It was something that Mastiff really wanted to do, and Falcom was kind enough to allow us the opportunity. The 3DS version has been in development for nearly a year now and we’re so close to release that we can practically taste Fan’s delicious Shortcake (*HP fully restored*)!

Aside from stereoscopic 3D, what else is new in Gurumin 3D? Is there any sort of new content compared to the Steam or original PSP version?

Yes, there are some new additions and improvements coming to Gurumin 3D. A few things like an improved in-game tutorial, improved menus, C-stick camera controls. We have also added more costumes for Parin to wear over the previously released versions.

Can you talk a bit about the challenge of implementing 3D in Gurumin? Are the difficulties partially due to the fact that it wasn’t originally made as a stereoscopic 3D title?

When making a PC title, memory and processor power are virtually infinite. The 3DS is a much smaller device and, since every frame needs to be drawn twice (once for each eye), it has to do a lot more work.

Fitting the 50 pounds of PC algorithm into the five pound 3DS sack required a tremendous amount of optimization. For example, if a level had a house in it, the PC version would simply draw the house on screen, all of it. That’s great if drawing the house has no computational cost (it’s not eating up computing cycles and thus slowing down the game) but in the 3DS we didn’t have that luxury. So, for example, instead of drawing a whole house we had to come up with a lot of tricks to draw only the part of the house the camera would see and leave the rest of the house undrawn.

The optimization was a long, difficult, painful process but I’m proud to say we got there, and now have a very responsive game with a smooth frame rate as a result. And as an added bonus I did learn how to say view Frustum Culling (the process of removing unnecessary stuff from in the modeled world) in Japanese. Shisuidai Karingu 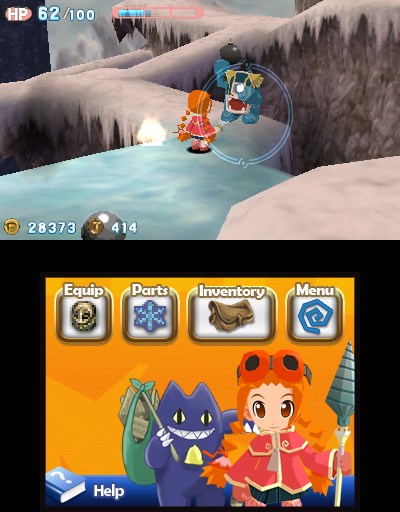 During a Twitter Q&A session, Mastiff indicated that a Wii U or even NX version might be possible if Gurumin 3D does well. Is this something that could truly happen?

Absolutely! We certainly wouldn’t rule it out if we’re able to knock this one out of the park.

Is a physical version of Gurumin 3D at all within the realm of possibilities? Or do you foresee the game only receiving a digital release?

We will absolutely lead with a digital version. But like a Wii U or NX version, if Gurumin 3D performs well we will of course keep our minds open to producing physical goods.

We’re aware that Gurumin is on track for the summer, but are you targeting a more specific release window?

All we can say for now is summer. Stay tuned.

To clarify, is the plan to have Gurumin launch in Europe in addition to North America? If so, will it release in both regions at around the same time?

Actually, we are planning to release Gurumin 3D across the Americas, Europe, and Japan. The three versions will release fairly close together but not simultaneously.

Would you be open to returning to Gurumin with Falcom at some point in the future with an entirely new title?

Abso-gosh-darn-lutely! Gurumin is a truly magical title filled with loads of memorable and lovable characters and given the opportunity we’d love to see something like this happen. 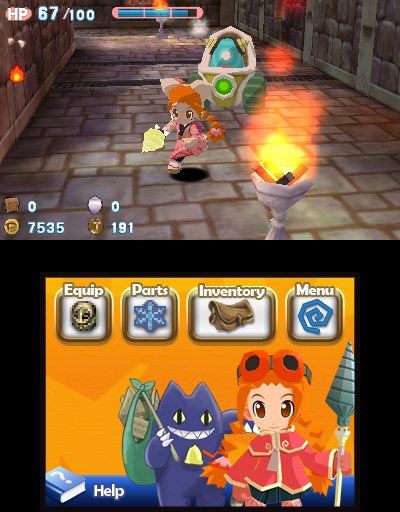 Moving away from Gurumin a bit, what’s been going on with Mastiff as a whole as of late? Aside from the new 3DS version, do you have any other titles in the pipeline? Are you hoping to further support Nintendo platforms in the future?

We have a few projects we are pursuing. All I can say for now, that I am sure fans will be happy to hear, is that they are a return to our roots.

And yes, Nintendo has been a pure joy to work with and I’d love to do a ton more with them on their platforms.

Thank you very much for taking the time to speak with us about Gurumin 3D. We’ve become very active and engaged with fans on our Facebook and Twitter accounts, and have also been sharing development blog posts on www.Gurumin.Rocks, so we invite you all to come chat with us anytime.

From all of us at Mastiff, thank you so much for your support and we hope that you thoroughly enjoy Gurumin 3D!