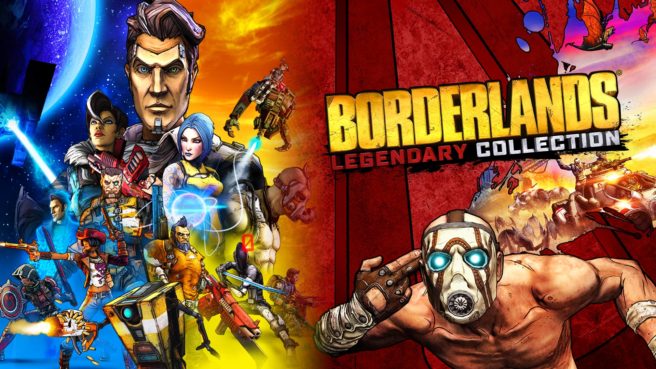 Until recently, the Borderlands series had never graced a Nintendo platform. That finally changed at the very end of May with Borderlands Legendary Collection. With that release, most of the franchise is now on Switch. Turn Me Up Games was heavily involved having worked on the ports of the first Borderlands as well as Borderlands 2.

We’ve caught up with Turn Me Up to discuss bringing these classic titles over to Nintendo’s console. Producer Louis Polak and executive producer Scott Cromie were able to share insight into its partnership with 2K and what it was like porting Borderlands 1 and 2 to Switch.

Can you tell us a bit more about Turn Me Up Games and how the company came to be?

Turn Me Up was founded in 2011 with the simple goal of working with incredible partners on renowned properties, leveraging our agile pipeline, technical prowess, and design-centric approach to development to deliver products that are comfortably familiar yet excitedly unprecedented. That’s Phase 1. Phase 2… Well let’s not get ahead of ourselves.

Before working on Borderlands, Turn Me Up’s first Switch release was Brothers: A Tale of Two Sons. What was it like getting that experience of porting a game to Switch for the first time?

It was a learning experience for sure, but it’s always exciting for us to be able to tackle a new platform and we love the challenge. The lessons taken away from Brothers were critical to our success on tackling projects as extensive and beloved as Borderlands.

How did Turn Me Up get involved with the Borderlands Switch ports? How long were they in development for?

We developed proprietary tech that enables Unreal 2.5 – Unreal 3 titles to run natively on Switch. After proving that tech with Brothers, we had quite a few publishers interested in leveraging it, one of which was 2K. After seeing a prototype of Borderlands running on a Switch dev kit in a little less than a week, we were off and running.

What’s the actual process been like of bringing Borderlands 1 and 2 to Switch? How’d Turn Me Up go about porting these two titles over?

From a technical perspective the projects involved modifying rendering and engine code to support the Switch platform and creating an online subsystem to support Nintendo services. The process of doing this is highly technical and hinges primarily on our tech and world class engineers.

Aside from motion controls, are there any new additions or changes for the Switch releases such as HD Rumble?

HD Rumble was a gimme but motion controls was the big one for us, and we wanted to make sure we took the time to dial it in for the best possible player experience. Local play is another feature unique to Switch and one we felt was essential to include because being able to have a multiplayer experience on the go without a network connection is partly what makes Switch such a beloved console. Other minor changes include scaling of the UI for the smaller screen and although it’s not a new feature we were also excited to be able to offer split screen multiplayer without having to downgrade visuals or performance!

Did the team run into any particular difficulties during development?

There was that nasty pandemic that hit in the middle of development but other than that it was smooth sailing… Ultimately, we had to make some quick adjustments there to keep our team safe while continuing to edge towards release. That said, we couldn’t be happier to deliver something that we hope will bring people joy and camaraderie amidst these difficult times.

Was it challenging getting the games to run at 1080p while hitting 30 frames per second?

Our tech did a lot of the heavy lifting but maintaining frame rate took some finesse to ensure it was constant in all types of scenarios without loss of visual fidelity. Certain particle/FX heavy character abilities posed the largest challenge but in the end we are extremely proud of how we were able to stay true to the original visual quality of both Borderlands: Game of the Year and Borderlands 2 while hitting a steady 30 fps.

Was there any consideration given to providing an option that allows for 60 FPS with a lower resolution?

Yes, but the juice wasn’t worth the squeeze. The potential loss of visual fidelity necessary to hit 60 FPS was deemed too significant.

Turn Me Up now has a couple of Switch projects under its belt. How do you feel about the hardware and its capabilities?

The Switch is an incredible platform both in terms of performance and design. Much like any other platform, you just have to know how to work with it to get the most out of it.

Is the company interested in porting more games to Switch? Would the studio be up for the task of porting games from the PlayStation 5 and Xbox Series X?

What do you feel is the future of Turn Me Up? Are you more interested in the idea of ports or original projects?

Short answer is, both! But more on that later…