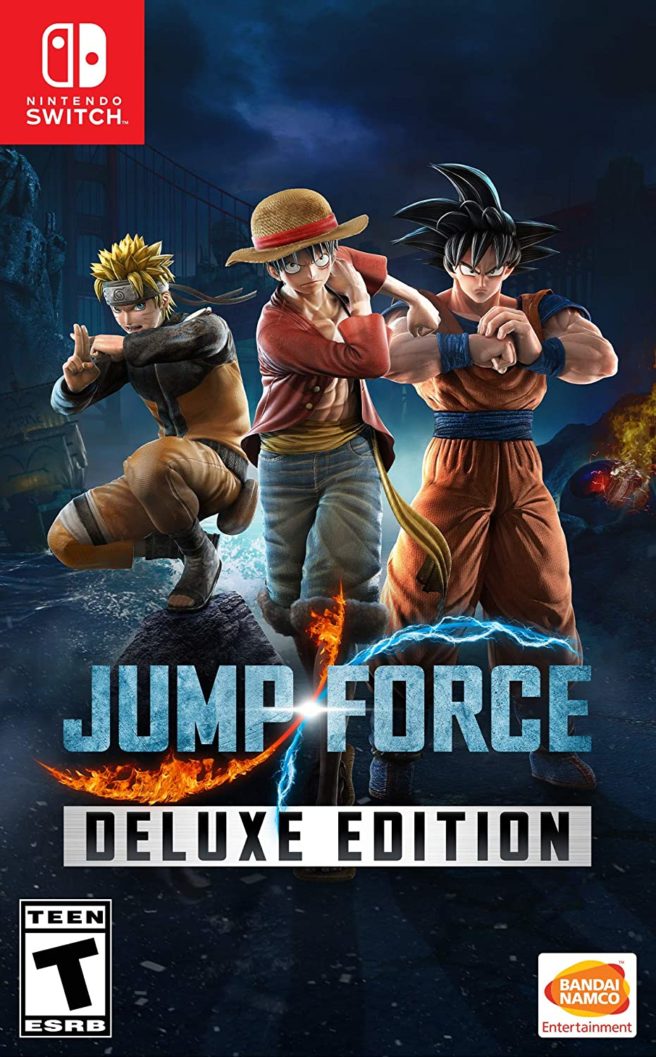 Retailer listings have provided the official boxart, which we have below. Pre-orders are currently live on Amazon and GameStop.

Here’s a set of screenshots showing off the various characters:

Jump Force Deluxe Edition launches on Switch this summer. We have more information about the game here.