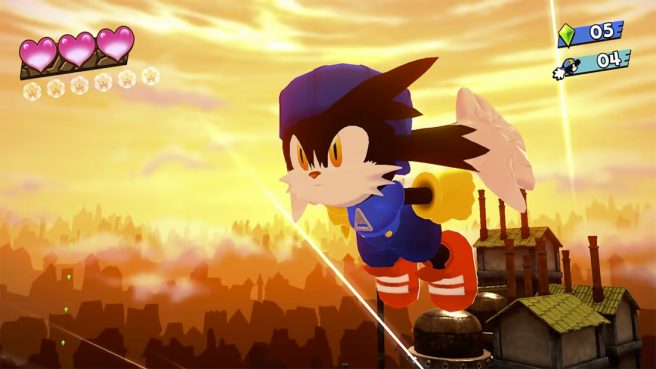 In an interview with game journal Lock-On, producer Ryo Ishida spoke about the potential of the Klonoa IP, including the possibility of more remasters and further expansion.

Ishida said that if Klonoa Phantasy Reverie Series “is loved by the community, there might be opportunities to further expand the Klonoa IP and do other remasters of other titles as well.” Right now Bandai Namco is hoping to “spread awareness and reignite the Klonoa IP.”

“With Klonoa, since there’s been large gaps between the release of the games, at this 25th anniversary’s timing, we decided to release this title so people can play the original [games] first. And if this remastered version is loved by the community, there might be opportunities to further expand the Klonoa IP and do other remasters of other titles as well. The first goal and idea behind the [Phantasy Reverie Series] itself is to spread awareness and reignite the Klonoa IP.”

“The main target is veteran gamers who still love Klonoa. As you know, Klonoa is a title and character that is still loved and supported by many people. It’s because of these veteran gamers and our existing fans […] that we were able to successfully reinvent and reveal the remastered version on the 25th anniversary. Alongside the memories that our existing fans have, we have also made the game more appealing and [suitable for younger gamers] and also people who haven’t [discovered Klonoa] yet. That’s why even though our main target is veteran gamers, we hope that a large variety of game fans will enjoy and experience the charm and appeal of the original Klonoa games.”