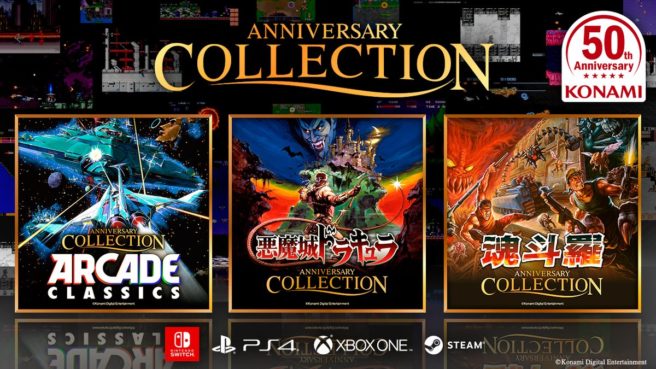 Anniversary Collection Arcade Classics is first up, and is due out very soon. It’ll launch digitally on April 18 for $19.99, and includes the following games:

Also included is a bonus eBook with new information about the games, including interviews with the development staff, behind-the-scenes insights, and sketches and design documents never before shown to the public.

There will also be a bonus book here as well, but it has yet to be detailed.

Also planned for early summer is the Contra Anniversary Collection. You’ll get the following:

Unsurprisingly, there’s also a bonus book here, but Konami has yet to share the details.