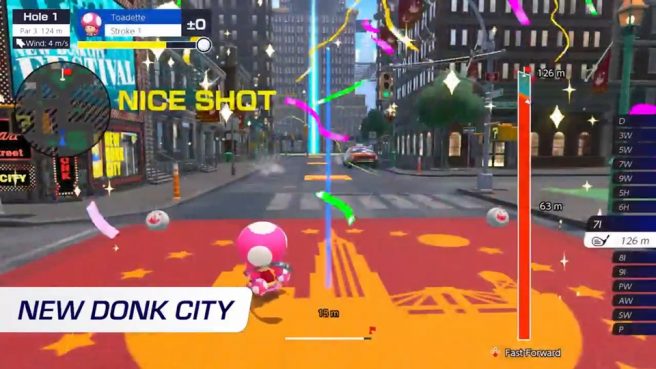 Mario Golf: Super Rush’s big update, which was only just announced today, is now available. The game is now at version 2.0.0.

Highlights include the additions of Toadette as a playable character, the New Donk City course, Ranked Match mode as well as improved motion controls. The full patch notes can be found below.