Metroid Dread dev on taking the series to HD, E.M.M.I.’s design, much more 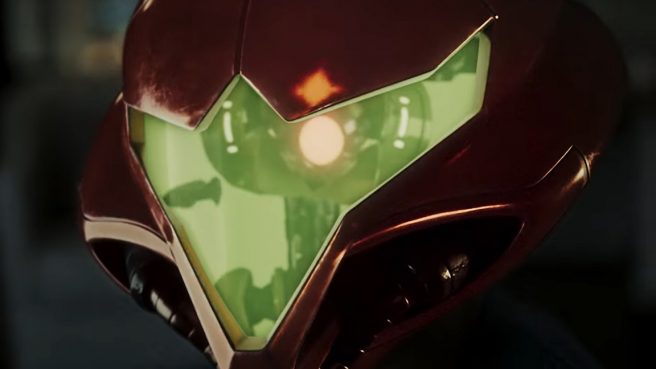 In a lengthy interview with Japanese magazine Famitsu, series producer Yoshio Sakamoto shared a peak behind the curtain on Metroid Dread’s development including the E.M.M.I. mechanic as well as memories of his time working on the series.

Sakamoto has been involved with the franchise since its inception on the NES. In the interview, he touched on what it was like to work with MercurySteam to create the series’ first HD entry, went into the specifics of E.M.M.I.’s design, and much more.

Our full translation of the interview can be found below.

Congratulations on Metroid’s 35-year anniversary. How does it feel?

35 years is a long time, something I believe only made possible thanks to the fans who have supported Samus for this long. I’m deeply honored.

The series’ newest entry, Metroid Dread, is finally upon us.

We landed on an idea we were happy with around 15 years ago and are really satisfied with the quality of the finished game.

What’s different in Metroid Dread compared to how it looked 15 years ago?

We came up with the concept of E.M.M.I. 15 years ago, but at that time we were only thinking about the core aspects of Metroid Dread and didn’t have a solid grasp of the story or actual game design.

Was the joint development with MercurySteam, the team behind Metroid: Samus Returns, a big part in turning the game’s concept into a reality?

Absolutely. Their development sense is incredible, and above all else, they really value Metroid. They didn’t just make a Metroid game like what we’d seen up until now, they suggested new ideas too. The fact that we were able to continue developing alongside them after Samus Returns is huge.

I think ‘dread’ has always been a factor in the Metroid series, but can you talk about how that’s been intensified in this game?

Movies like Alien have had a big impact on us while developing the franchise, going all the way back to the first Metroid. We wanted to create a dark, eerie world, but it always lacked a strong sense of ‘dread’. I thought players would feel that fear from the world’s setting and powerful enemies. Based on that, I was trying to portray the horrors that would befall Samus. Samus is confronted with her vulnerability in Metroid Dread, but even though she’s filled with dread, she marches forward without any hesitation. We wanted that kind of a positive stance when writing the game.

Apart from making the game with ‘dread’ in mind, what else did you focus on?

Another big thing was E.M.M.I.’s movement, the dread that comes from an inorganic life form nonchalantly chasing after you. I showed MercurySteam pantomime videos that were like the movements I had imagined for E.M.M.I. to get us all on the same page. I’m always after a challenge during development, but adding E.M.M.I. was particularly challenging, unlike anything we’d done before. I feel that fusing the Metroid that fans had come to know with this new idea established a base for Metroid.

Did you come up with E.M.M.I ‘s current design 15 years ago?

The design is different, but the idea of a humanoid robot on all fours chasing Samus was there. It’s an idea often used when producing ghost stories, and I think many people feel physiologically terrified after seeing a human-like form on all fours chasing after them. In Metroid Dread, E.M.M.I. ‘s movements are also used to convey a sense of dread. Movements are different depending on the situation, like creeping behind Samus on two legs to hunt her down.

The sound E.M.M.I. makes to detect Samus is eerie. Was this distinct sound created at the outset alongside E.M.M.I.?

It was, and it’s actually a motif for the cry of a yamabato (oriental turtle dove). I developed the idea of ‘sounds that are only scary in certain situations’ based on things I’d heard in the past.

I’m sure many users were surprised at how incredibly strong E.M.M.I. looked in the trailer.

We treat ‘E.M.M.I Zones’ like ‘Dread Zones’, something different to the normal areas you can explore. To express the dread seen from Samus’ viewpoint, there are also visual elements such as steam and static effects on the screen. As you progress through the game though, Samus will learn how to counter E.M.M.I. and the process of getting stronger and counterattacking is no different to any other enemy.

The camera mode when holding up the Omega Cannon is also something different – it turns a 2D action game into a third-person shooter.

Metroid is a 2D side-scrolling action game where players control Samus as she flies around the map. In order to depict the dread of E.M.M.I., I didn’t think a normal point of view would cut it. A point of view closer to the subject means you can see E.M.M.I. chasing you from a distance in a way that wouldn’t fit on a normal screen, which I think is because of the fear of not knowing what would happen later. It was ideal for both performance and gameplay. This was something we struggled with but ultimately I think it turned out well.

On the action side of things, you added elements like the dash melee. How did you come up with these new ideas?

Originally, they were ideas suggested by MercurySteam. Samus Returns brought about a new, more aggressive kind of action. They came up with something that wouldn’t stop the flow of the game. The Nintendo side suggested the addition of the dash melee and we went back and forth with MercurySteam to incorporate it in the game. We worked in tandem with them with the other new elements.

Word is there are a lot of Metroid fans on MercurySteam staff – were many of the proposed ideas close to what a fan might suggest?

I think so, yes. We tried to see things from the players’ perspective as well, and we really appreciated having MercurySteam’s perspective. With director Jose Luis Marquez at the head, the team had an incredible number of fans of the series who knew how to handle things.

The Power Suit design also got a big change in this game. What did you have in mind when you designed it?

As the sequel to Metroid Fusion, we had the look of the Fusion Suit in our minds. We designed something that fused both organic and inorganic elements and worked with MercurySteam to help it take shape.

It leaves a more feminine impression than the Power Suit designs that came before it.

It’s certainly a different form to Samus Returns, isn’t it? It’s not something we were particularly conscious of, and the comments we got from fans caught us off guard.

The Power Suit design is something a lot of fans take notice of – is it something the team considers of importance to the series?

Samus is a cool character and we wanted to counterbalance its visuals with the action in the game, while fine-tuning the design to match world setting too. We contrasted it against enemies too, who we envisaged with much more grotesque elements. In both Samus Returns and this game, MercurySteam proposed a variety of suggestions, opinions we considered while polishing the final design. Even if we didn’t directly tell them ‘we want enemies to look like this’, the proposed designs were very much in a Metroid style which was a huge help.

Kraid is someone who has been familiar to fans since the first Metroid and his design changed too.

While keeping him recognizable at a glance, we wanted to show off a new Kraid in Metroid Dread.  The way characters fight in the game is a part of the design and we communicated with MercurySteam extensively as we worked on those elements.

Metroid Dread is the first 2D action Metroid series to be released on a console since the Super Famicom (SNES). Did you find any difficulties developing the game in HD?

This is the first time we’ve dealt with an HD Metroid. We had a hard time figuring out what quality to shoot for, and we received assistance from people from different departments within Nintendo. On that point, MercurySteam is a team with an abundance of experience working on HD titles and they were incredibly reliable during our time developing Metroid Dread.

It appears you didn’t have any difficulty on the game design side of things.

We were able to do more thanks to the increase in hardware power, and development itself was actually quite straightforward.

Can you tell us any memories you have from development (over the years)?

Development has been filled with memorable events, it’s hard to just pick out one. Crossing paths with MercurySteam is of course one, and developing Metroid: Other M alongside Team Ninja was also surprisingly inspiring. Besides that, Metroid Fusion was the first attempt by the Wario series’ development team at making a Metroid game. I have a vivid memory of writing an explanation of level design on paper and showing it to each of the level designers for them to understand what makes Metroid tick. Of course, I have a lot of memories around the first Metroid too. When I joined the development team, even though a release date had been set, development wasn’t progressing at all. We were an inexperienced team, myself included, and Nintendo’s Development Division at the time made a concentrated effort to develop the game. We wrapped development successfully, and I was deeply moved when I saw the credits roll. I’ll never forget that as long as I live.

Metroid’s 35 year history is filled with memories of you, Mr. Sakamoto. Please tell us about the things that have been especially important to you in the development of the series up until now.


I touched on this before, but there are elements of Metroid that invoke the movie Alien. The worldview of H.R. Gigar’s organic design with mechanical accents is also the theory behind Metroid. That’s changed in recent years thanks to meeting MercurySteam, I get the impression we’ve moved into a new phase. Respecting MercurySteam’s foreign sensibilities, which were quite different to ours, was for the better. As for myself, my attitude toward my work has changed, and I feel that all of that allowed us to make something great.

Metroid-like action exploration is becoming increasingly popular, especially in the indie game scene. How do you feel about the trend?

It’s both interesting and an honor to think that a game we created 35 years ago is now being considered a genre, with so many different takes and interpretations. The genre will continue to remain popular if there’s still potential left in it, potential we want to show off. I hope that Metroid Dread will be a source of inspiration for indie game creators.

Please give a message to the fans who have been waiting for the release of Metroid Dread, a game that challenges the possibilities of the genre.

To all the fans who have been waiting for a new iteration of Metroid, I apologize for making you wait so long. Now that everything has lined up, Metroid Dread is finally ready to be released. It’s the culmination of all 2D action Metroid games that have come before. The game has everything from E.M.M.I., the mysterious bird tribe and Kraid, but to see how they interact with Samus, and to see how we close the book on the tale of Samus and the Metroid, you’ll have to play the game for yourself. We hope you enjoy it.

Metroid Dread was released for the Switch on October 8 worldwide. In case you missed it, we also translated comments from Sakamoto talking about the game’s difficulty here.

If you use any of this translation, be sure to source Nintendo Everything and please do not copy its full contents.