Metroid Prime 3 could have been more open world, took a year to implement Hypermode 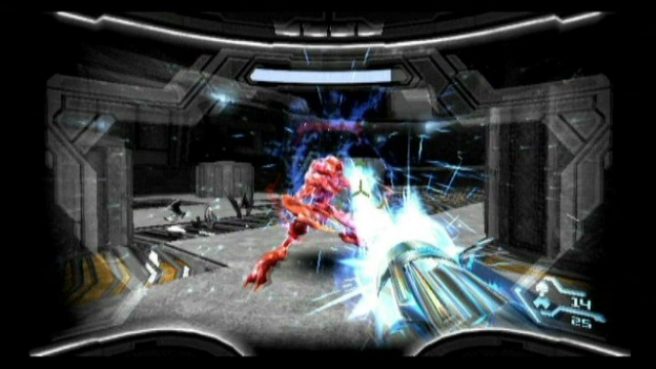 As part of a recent discussion with Kiki Talkz, Metroid Prime 3: Corruption senior producer Bryan Walker commented on how there was initially some consideration to make the game open world as well as the difficulties implementing Hypermode.

As for the open world, director Mark Pacini first came up with the idea to leverage Samus’ ship and make the game less linear. Walker is proud of what the team accomplished with Metroid Prime 3, but “would be very interested in seeing what the response was, especially the fan community to the expanded use of the ship and the more open world non-linear that we were touching upon with that pitch.”

“Marc came forward with an interesting twist in the vision and some of the formulas for Metroid Prime 3 as compared to Metroid Prime 2. We wanted to a greater degree leverage the ship as a playable asset for instance, and we had that to some degree in Prime 3, but Marc was thinking much more ambitiously – perhaps there was also an open world, less linear consideration that he was proposing that the team was excited about. We weren’t able to prototype a lot of those because those were really, really big. We did have some ship prototypes early, but the open world was much bigger. Those were ones that we had to do some dancing. In fact, Marc had printed out as one of his visual aids this origami Samus ship. But he kind of had that as a mascot during some of his presentations, and that was cool.

That was an idea where we may have fallen short of our goals with Prime 3 and not being able to expand the formula a bit. We’re still very, very proud of Prime 3. It was a fantastic game, but I would be very interested in seeing what the response was, especially the fan community to the expanded use of the ship and the more open world non-linear that we were touching upon with that pitch.”

As for Hypermode in Metroid Prime 3, Samus can become temporarily stronger in exchange for an Energy Tank. This gameplay system was debated by Retro Studios and Nintendo in Japan. Walker remembers it taking “a full year from the time we initially talked about it until the time we were in consensus across both offices as to this is what we can go with.” A lot was being considered for balancing and the risk-reward factor.