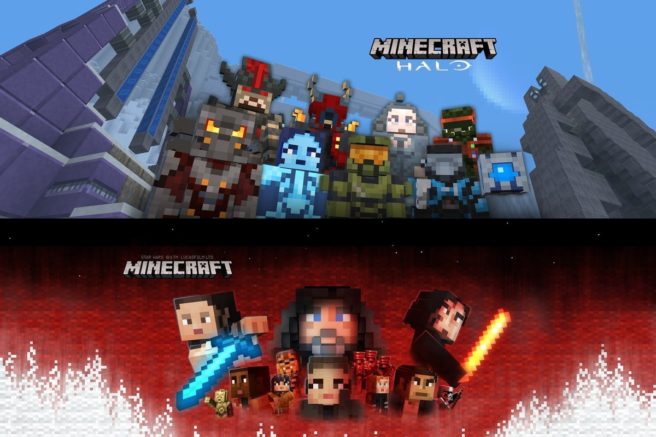 New content is being added today to Minecraft on both Switch and Wii U. The highlights are the Halo Mash-Up Pack as well as the Star Wars Sequel Skin Pack.

Alongside the DLC, Switch and Wii U are both receiving a new update tonight / tomorrow. We have the full patch notes below.