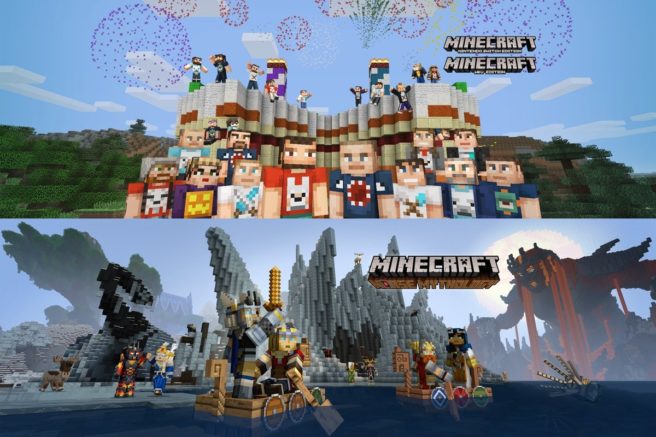 A new Minecraft update will be going out soon on Switch and Wii U. On both platforms, the game will be adding in a Birthday Skin Pack, Norse Mythology Mashup Pack, and more. There are also the regular features and changes.

We expect that the patch will be going live around the following times: