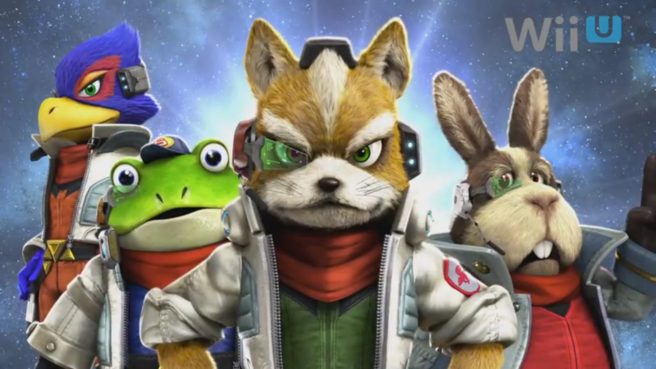 It’s interesting because one can master actions by oneself

– When people play this game, they will feel like becoming a pilot. It includes the feature previous mentioned where the player can hear radio chatter.

– In order to obtain high scores, players must not rush through blindly. Instead, they’ll need to think of a strategy and follow that while playing. By doing so it should have a huge sense of accomplishment in difficult action games.

– Action games are generally difficult, and people will usually request to make the experience easier. But Miyamoto thinks that the true essence in action games is to have the player master the actions in the game. They were also making this title to give those who are inexperienced a feeling of growing accustomed to the game.

– Hayashi did some careful balancing to the placements of buildings, enemies and objects, while consulting with Miyamoto. By replaying each stages multiple times, they’re able to slowly raise the high scores composition-wise.

– The same also applies to players; the more they play the same stage, the more they’ll get accustomed to the stage and rack up higher points.

– Replaying the stages will help players determine which would be the most optimal route to rack up the most points.

Why dogs and monkeys have bad relationships

– Miyamoto usually doesn’t care much about putting story in his games, but in Star Fox’s case, he cares very much. Especially on describing the relations between characters, for example between Fox and his father, or the dog and the monkey.

– The dog is General Pepper of the Corneria Army, which Fox and the rest of the group are a part of. And the monkey is the antagonist Andross. It fits well with the usual Japanese idiom where dogs and monkeys tend to have a bad relationship with each other.

– They were thoroughly thinking of the backstory to further explore on this idiom, on why dog and monkey don’t get along well with each other. So the story is not about a simple “justice vs evil” one.

– As a new keypoint in the story, they’ve added a Teleport Device. There are people who support it and those who are against it, and these sides are hostile to each other, just like the above idiom.

– They also put their efforts in making an animation for Star Fox Zero. If players watch this animation first before playing the game, they’ll have a better understanding of the world’s settings.

Star Fox Guard that can also be enjoyed by many people

– Hayashi directed Star Fox Guard, albeit only until halfway. The game was made as part of the project to demonstrate the use of two screens, where nearby people who don’t play the game can also get involved.

– As a game with the “Surveillance Camera Shooting” genre, it has the player defend a mining base by destroying robots from looking at the camera.

– The nearby people can give the player advice by looking at the cameras in case the latter panics out. So while it’s essentially a single-player game, it can also be enjoyed by multiple people.

– Star Fox Guard was initially made as an entry to Star Fox Zero. Star Fox Guard weapons will only shoot at the direction of the camera, so it can be simply understood and played by anyone.

– They’ve been experimenting with this concept since the SNES era. However, it was decided that the best time for releasing this game is now, with Wii U’s ability of having two screens available.

– For the closing notes, Miyamoto said that Star Fox Zero is a game about finding new routes. There are about 20 of these available, and while one is being mastered, the player could discover another new route. It’s up to the player to find their most optimal route.

– It may also be fun for the player to determine a playing theme when playing, such as focusing on getting high scores or finding new routes for the day.

– For Hayashi’s closing notes, he re-iterated the feel of being inside a cockpit, with the GamePad showing cockpit point-of-view as well as emitting radio chatter from both sides of the speaker.

– The game is a bit challenging, but for players who keep getting a game over and continue three times in a row, the game features an Invincible Arwing mode where an invincible item is provided.

– In Invincible mode, the Arwing won’t be ever shot down by attacks, but in exchange hits will no longer be recorded.

– They added an Invincible mode to broaden the audience who could play the game, but they also considered people who would rather pass on such a mode. So they were wondering about how many times one needs to continue for the item to appear (between 3 or 6, though they decided with 3). They also decided to make it an optional item, so that people who don’t need to be invincible can opt to ignore the item.