Miyamoto – another Mario Galaxy game possible on other hardware, wants to surprise players 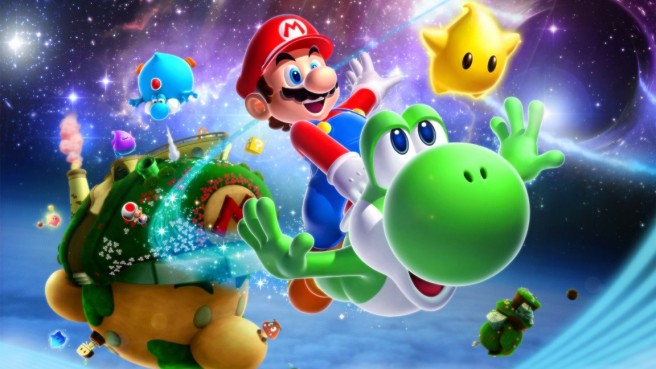 Shigeru Miyamoto has addressed the possibility of another Super Mario Galaxy game. In an interview with Eurogamer, Miyamoto told the site:

“[A new Mario Galaxy] is always in discussion. But even with Mario 64 there was a lot of feedback about motion sickness with the 3D or maybe us making it too difficult.”

“On the other hand, me and [Yoshiaki] Koizumi-san, director of Galaxy, are always looking to challenge Galaxy and do another 3D action title. However we can’t make so many games at once in parallel. But as the hardware technology gets better and advances, I think there will be a lot of opportunity for both options.”

When asked about what extra hardware power would be needed, Miyamoto offered up the following:

“Wii U’s definitely good enough in terms of hardware performance, it is more the workload of the team. If you look at Star Fox Zero, the TV and GamePad are both rendered in 60 frames, so in total that’s 120 frames. It’s really just a matter of the CPU speed at this point.”

Finally, Miyamoto commented on how a number of Nintendo’s upcoming titles are spin-offs. In doing so, he talked about how the company is always looking to surprise fans.

“In terms of Metroid, yes, it wasn’t exactly what fans expected. With Animal Crossing [Happy Home Designer] we have a new type of gameplay but it is still the same franchise – perhaps not along the traditional line of what you expect but what we always try to do is work with the hardware we have. If you look across the line-up of what we have for this year we’re using the Amiibo cards, Amiibo, the [Mario Maker] editing tool, two screens. Both the new Metroid and Zelda: Triforce Hero titles are new in terms of their gameplay. Even moving on to the year after, we’re always thinking of ways to surprise the audience.”