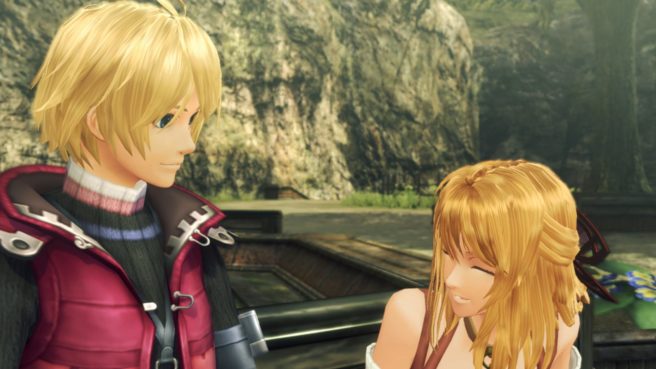 Monolith Soft put a lot of love into Xenoblade Chronicles: Definitive Edition. The game has an entirely new epilogue, lots of redone music, updated UI, and more. But undoubtedly one of the biggest draws concerns the visuals. Compared to the Wii original, the RPG was given a major facelift in the graphics department.

Xenoblade Chronicles: Definitive Edition director Tetsuya Takahashi spoke more about Monolith Soft’s approach to the visuals as part of an interview in this week’s issue of Famitsu. Here’s our translation of the excerpt:

The original game was on the Wii in standard definition. Could you tell us about how you’ve upgraded the visuals and assets to HD in this remaster?

Takahashi: It goes without saying, but considering we had restrictions like production costs and time, we couldn’t remake everything. So we started off with deciding what we would remake and what we would not. Specifically, we went as far as upconverting the textures and adding shader textures for the enemies and maps. Then we remade things like the main and important characters’ faces and hands, the new equipment in the Definitive Edition, the Monado, the facial animations during cutscenes and scripted events, and so on. Even though we divided things up like this, before long, each member of the team began showing their passion and abilities, so we wound up incidentally touching things up like NPCs and enemies that we didn’t intend on changing initially. There’s some things that couldn’t be completely remade, of course, but I hope players enjoy looking for all the differences in the game.

Takahashi also spoke about the development of Xenoblade Chronicles: Definitive Edition, revealing that planning started in 2017. Read more about that here.