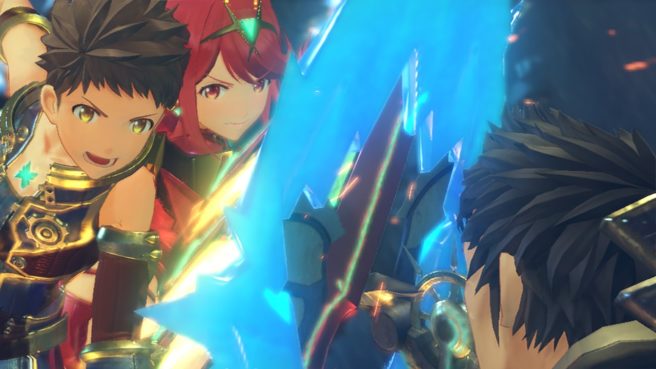 The page was accompanied by a lengthy message from Tetsuya Takahashi, the boss of Monolith Soft. Takahashi explains why the company is seeking new employees, among other things.

Here’s a full translation of the message:

We’re hiring for our foremost project and calling out to all applicants!

Now, there may be people who are thinking: “were a bunch of Monolith Soft employees laid off?” Those people can rest easy; there aren’t any “vacancies” in our primary production staff, and everybody’s doing as well as ever.

So, why are we recruiting now, then? The answer is quite simple:

The primary production staff’s “motto” – if you will – is to be “the select few.”

And that isn’t changing, but there are limits to what we can do. Compared to other companies’ projects of similar scale, we get a lot done with quite a few people; every individual members’ responsibilities are clear, and there’s a payoff to that. That being said, however, there are things that are just out of our control – little issues that we can’t attend to as attentively. For instance, if somebody gets sick, the remaining team members in the office have to pick up their slack and compensate for it… Things like that.

(Even so, I’m proud of the fact we’re still able to come in and go home at our usual times)

More so than ever we want to raise our standards for both the customers’ satisfaction and the perfection of our products, and as it stands, we won’t be able to continue to do that. So, we’ve decided to accept applications for a few positions in each department of the team.

I’d like to extend a particularly big invitation to applicants interested in becoming programmers, map modelers, and level designers. Naturally, programmers are the cornerstone of a game’s development – to that end, we want to strengthen the relationship between them and the game maps that are Monolith Soft’s strong suit. It’s my belief that this is all so that we can create worlds that are more enjoyable for the customer to experience.

The game’s maps are the vital point of an RPG – by no means is it something like the story.

Without well-made maps, the game won’t stand on its own; on the other hand, though, they allow everything else to fall into place with relative ease. Based on experience, I can make that kind of statement with certainty, and everybody else at Monolith Soft feels the same way. Even just being involved in that area of the game’s creation is both extremely important and rewarding.

You can make games. You can create worlds. You can become a cornerstone of Monolith Soft.

Please lend us your ability, your talent, and your own personal flair.

We’re also hiring character designers extensively – we have a strong desire to bring on designers that have the potential to become Monolith Soft’s poster children, essentially, particularly in the future. As somebody who was able to work alongside people with exceptional talents like Tetsuya Nomura – among others – that’s an aspiration I can’t really brush under the rug.

Ahh, if only people like that were to be a part of Monolith Soft –

Of course, we’re not just looking for character designers… We’re also hiring for other positions in the artwork department.

We’re hiring for a lot of positions I haven’t yet mentioned, too: programmers with specific specialties, UI/UX designers, battle planners, quest planners, etc. So, if you have confidence in your own abilities, please come knocking!

There’s one more thing that every position requires, and that’s a love for Monolith Soft’s works – a respect for them. Regardless of genre, there are countless precedents showing that people who don’t respect what they make can’t make something good. Respecting your work essentially means that you can understand it, both good and bad parts alike – it isn’t just blind acceptance of something.

So, please, pour all the love you can into the work that the primary production team produces.