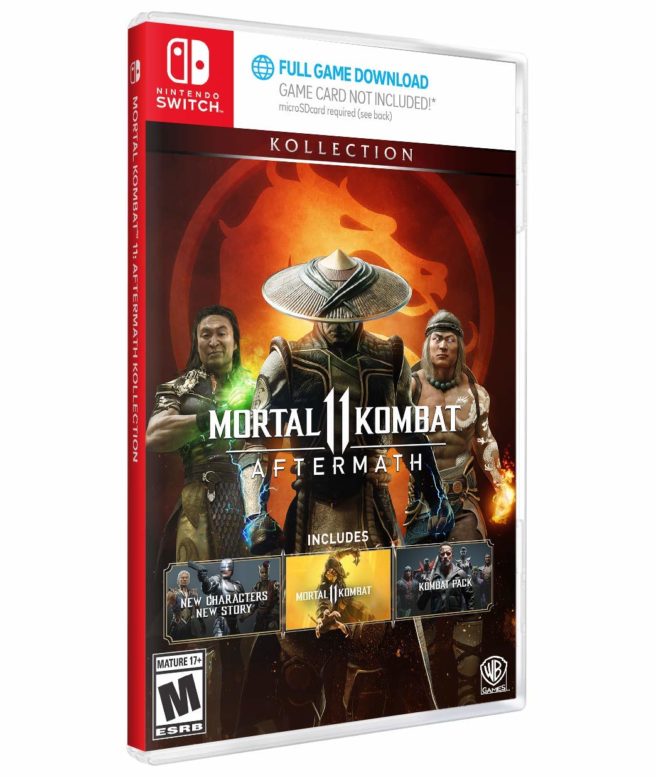 Mortal Kombat 11 recently received its Aftermath expansion. But this month, Warner Bros. will be distributing the Mortal Kombat 11: Aftermath Kollection at retail, which includes everything released for the game so far. The thing is, it doesn’t look like you’ll actually be getting a cartridge.

That news comes straight from an Amazon listing. The game’s boxart has been updated with a label clearly stating that there’s no game card included. And if you needed any further confirmation, the listing on Amazon Canada states outright that you’ll only be getting a code in the box.

If you do want to pick up Mortal Kombat 11: Aftermath Kollection, you’ll be able to do so on June 16.