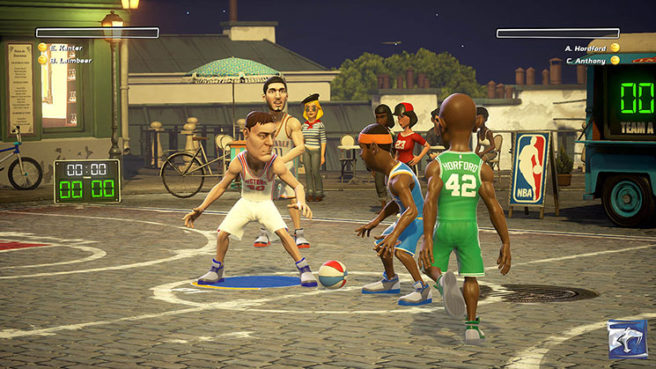 Saber Interactive confirmed yesterday that NBA Playgrounds on Switch won’t have online play at launch. Soon after it releases, an update will be prepared to add in the functionality.

Saber Interactive now tells Polygon about other features that will be coming to all versions of the game. First, NBA Playgrounds will be getting an “early update” that bring in two-on-two online functionality. There will also not be any way to play with friends at launch and online play will be designated to just matchmaking to start with. This will also be patched in later on.