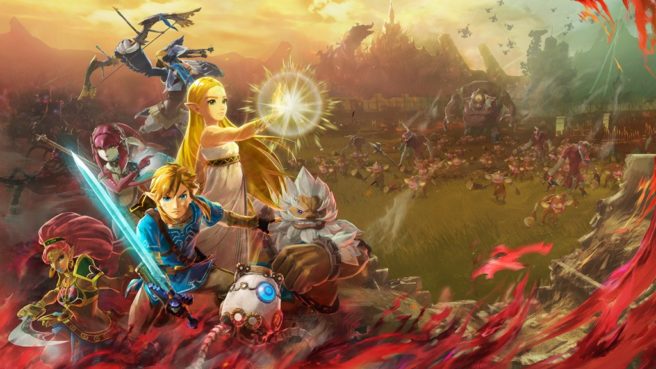 Nintendo and Koei Tecmo came together for the first Hyrule Warriors, a spin-off of the Zelda series, back in 2014. They then collaborated on the just-released Hyrule Warriors: Age of Calamity. Now that we’ve seen two of these games, some fans might be wondering if Hyrule Warriors could be its own dedicated spin-off series.

IGN recently spoke with Zelda series producer Eiji Aonuma as well as Age of Calamity producer Yosuke Hayashi, and asked whether Nintendo is considering making this its own standalone series to go alongside mainline Zelda games. The two developers said in response:

“I do think circumstances could align like this again, but I don’t think we’re expecting this to become a series. We’d make that decision based on its creative merits, just like we did this time.” – Aonuma

“I think it depends on whether we get an idea that’ll make all the fans happy!” – Hayashi

Following up on the above, Aonuma said the following when asked if Nintendo is interested in more spin-offs between its mainline Zelda games:

“Echoing my answer to the question above, we’re always looking for valuable creative projects, but those only come about when several different conditions align. So, I think it’s hard for us to have conscious control over the frequency.”