Posted on October 6, 2022 by Brian(@NE_Brian) in General Nintendo, Videos 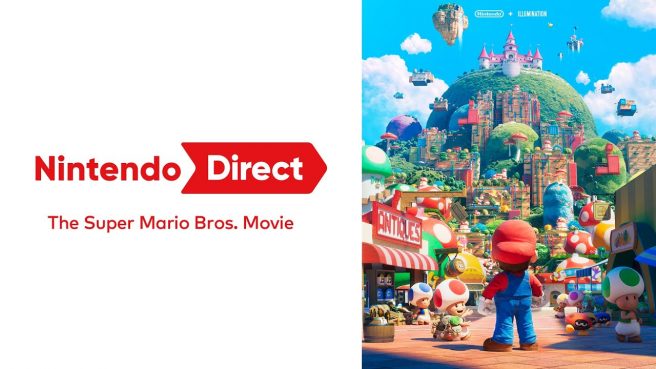 Fans have been itching for their first look at the film since it was announced years ago. During today’s Nintendo Direct, the debut teaser will be shown and the presentation will presumably have more beyond that.

Here’s where you can watch the Nintendo Direct: The Super Mario Bros. Movie live stream:

The Super Mario Bros. Movie will see its debut on April 7, 2023. The cast includes Chris Pratt as Mario, Anya Taylor-Joy as Peach, Charlie Day as Luigi, Jack Black as Bowser, Keegan-Michael Key as Toad, Seth Rogen as Donkey Kong, Fred Armisen as Cranky Kong, Kevin Michael Richardson as Kamek, and Sebastian Maniscalco as Spike. There’ll also be surprise cameos from Charles Martinet, the voice of Mario in the games.