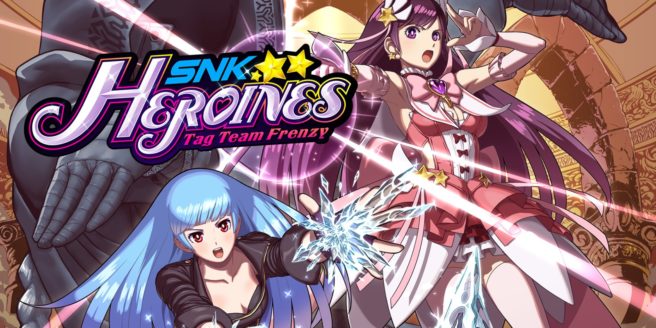 In this month’s issue of MCV, NIS America president Takuro Yamashita reveals some very interesting information about Switch. Yamashita revealed a deal is in place with Nintendo on SNK, spoke about how the company’s Switch games are outselling their PS4 counterparts, and gave an update on the performance of Disgaea 5 Complete.

Yamashita first discussed SNK Heroines: Tag Team Frenzy, and revealed some details about working with Nintendo that hadn’t been known previously. Nintendo actually wanted to work with SNK on an exclusive basis, which eventually resulted in a deal. Only the Switch version will be sold physically in the west, and Nintendo will be a distributor that includes buying many units.

“I’ll give you a scoop! Originally we signed with SNK on SNK Heroines just on the PS4 format. Then last year an opportunity happened at Gamescom, two third parties happened to meet all together outside Nintendo’s meeting room. The first meeting was between NIS America and Nintendo of Europe (NOE) and the next meeting was between SNK and NOE. Of course, these two were separate meetings. Then after their meeting influential people from SNK came to our booth and said: ‘Hey Mr. Yamashita, is it possible to cancel our contact on PS4? Nintendo wants to work on this title on an exclusive basis!’

So these third parties come together and the team at NIS and SNK decided to go with Nintendo for the western market. Physical copy-wise, it’s going to be a Switch exclusive. PS4-wise it’s going to be just digital. That’s the deal. We will not release a packaged version for PS4 format. Then Nintendo will act as a distributor for this game. Then they promised to buy a lot of units. I can’t reveal the number of units they’ve guaranteed, that’s secret talk.”

Later in the interview, Yamashita spoke about strong sales of Switch, especially in relation to PS4 versions. Yamashita estimates that for simultaneous releases, NIS America’s Switch games are selling twice as much as their PS4 counterparts.

“We’re starting to do more on Nintendo Switch. SNK Heroines is not the only one. They support us in a good way. Compared to that, Sony is not friendly with small publishers like us. They just care about big Japanese companies. Also, if we simultaneously release a Switch version and a PS4 version of the same title, currently the sales trend is two to one. That means the Switch version sells twice as much as the PS4 version. Physically and digitally. A lot of PS4 titles are coming up, so the market is very competitive. Compared to that, the Switch market still has lots of room for publishers to make money.”

Finally, Yamashita talked about Disgaea 5 Complete, which was NIS America’s first game on Switch. In the west alone, it’s nearly at 200,000 units sold.

“For Disgaea 5, Switch sold very well. It sold just under 200k units in the west. Maybe 40 percent of these people already have the PS4 version. Why do they buy the same game again? Because it’s the function of a handheld that the Switch has. And Sony decided to withdraw from the PS Vita market. The memory size limitation of the Vita is just one gigabyte, right? But Disgaea is 8 GB. So Disgaea fans want to play on a handheld, but there is no handheld Disgaea 5 on a Sony format. So this is a perfect platform. We can play at home and we can play outside using the handheld function of the Switch. That is why the Nintendo Switch platform is growing naturally.”