No More Heroes 1.5 finally dubbed in English after more than a decade

Posted on September 26, 2021 by Brian(@NE_Brian) in General Nintendo, Videos, Wii 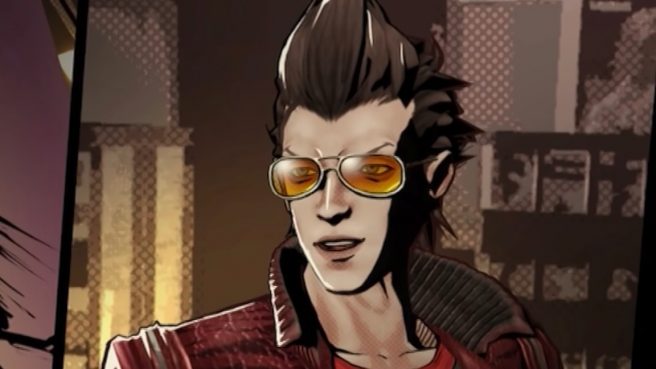 It took over a decade, but No More Heroes 1.5 has finally received an English dub.

No More Heroes 1.5, a motion comic, was included with the Hopper’s Edition of No More Heroes 2: Desperate Struggle in Japan. It was intended to bridge the gap between the series’ first two entries. Suda51 wrote the story, and apparently kept it secret from most Grasshopper Manufacture staffers while it was being created.

No More Heroes 1.5 was first made available in October 2010, but only in Japan. Now after more than a decade, it’s been published with full English voice acting. Grasshopper Manufacture shared the video on its YouTube channel this week.

Here’s a summary of the No More Heroes 1.5 plot, courtesy of the Suda51 Wiki:

Three years have passed since Travis Touchdown topped the United Assassins Association’s leaderboard. Outside Beef Head, five thugs recognize Touchdown as he steps outside the building. Touchdown surprises them with a flurry of beam katana and wrestling throws, slaying each of his challengers. Sometime afterward, a group convenes in Santa Destroy for the unveiling of a statue of Touchdown, thanks to whom Santa Destroy “has never been safer.” It is at this gathering that Georgy Bishop, owner of Beef Head and a close friend of Touchdown is threatened by a man in a nearby vehicle. Touchdown is initially unaware that his friends are in danger, however a phone call from mentor Randall Lovikov sparks his attention. Lovikov’s attempts to fend off a Mafia attack in Santa Destroy’s Gold Town district had failed, and after being shot he contacts Touchdown to warn him of the danger and inform him who is organizing the attacks. Before revealing the identity of this leader however, a Mafioso cuts the phone line and assassinates Lovikov. Shortly afterward, Mafiosos target Touchdown at his motel home, however these assailants, one of whom mimics Touchdown in both appearance and choice of weapon, are defeated as well. A more adept group of hitmen appear on the scene, and after seeing the destruction of Touchdown’s statue, one of these men speaks for the group, proclaiming that a battle is beginning with Touchdown, who has “no idea what will happen” to Santa Destroy. The men then flee in a vehicle, with Touchdown in pursuit on foot, however they escape.

Watch the English dub for No More Heroes 1.5 below.