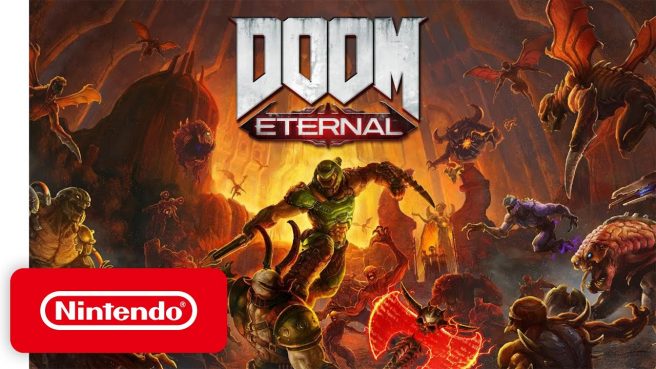 Many would agree that Doom Eternal is one of the most impressive ports on Switch. However, Panic Button did implement a number of changes to ensure that the game could properly run on the console. One such change is that when watching cutscenes, the frame rate drops to 20 frames per second.

Panic Button lead engineer Travis Archer spoke about why that was done in an interview with Digital Foundry, explaining the need to preserve a high level of detail for cutscenes – which “are sometimes the most graphically intensive scenes in the game”. Interestingly, Archer also mentioned that improvements are planned to boost cutscene performance.

“As is typical of most games, the cutscenes are sometimes the most graphically intensive scenes in the game – lots of dynamic lights, lots of shadows, lots of animated complex geometry on screen, and so in this case, the importance to us was not losing that detail for the cutscenes. It’s kind of like a big payoff moment. It’s supposed to look really cool, and we decided it was better to run at a higher resolution in this case because it didn’t affect the gameplay – it doesn’t impact your ability to fluidly move around the game when you’re in the middle of a cutscene. It was less critical.

Now in terms of the end result, I think there are still improvements we can make towards those cutscenes, and we do intend to make some improvements to the cutscenes to improve the performance of those. But that was the decision mostly based on how high the quality bar is for those scenes.”

You can watch Digital Foundry’s full interview with Archer as well as id Software lead engine programmer Billy Khan below.