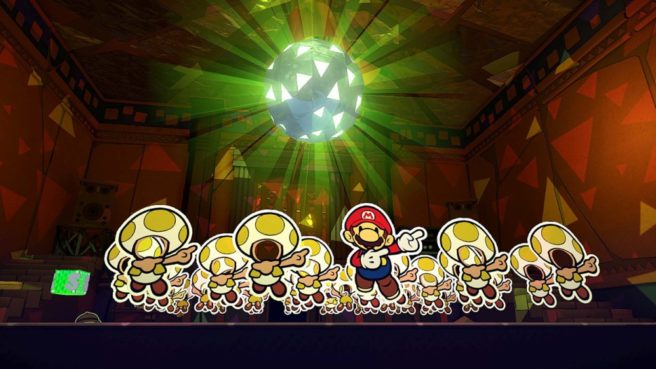 Around the release of Paper Mario: The Origami King, we heard from producer Kensuke Tanabe that the team is no longer able to modify Mario characters or make original characters that extend to the Mario universe. Tanabe has now commented on the situation further as part of an interview with GamesRadar.

Tanabe mentioned that the developers can’t “graphically represent individual characteristics” like age and gender when it comes to the Toad NPCs. He added that writer Taro Kudo “has been grappling with this difficult challenge since Paper Mario: Sticker Star”.

“From the production of Paper Mario: Sticker Star onwards, we were no longer able to graphically represent individual characteristics, such as age, gender etc., in the Toad NPCs (non-playable characters), and so it has become that much more important to convey their personalities simply through text. Our writer, Mr Taro Kudo, has been grappling with this difficult challenge since Paper Mario: Sticker Star, but has managed to achieve giving all the texts a sense of humor. In this installment, Paper Mario: The Origami King, we were able to include some Toads wearing an outfit to match their role, and also created original origami characters.”

While the character limitations appear to be restricted by Nintendo, Tanabe has felt the need to move away from “using stories that are too complicated” since Paper Mario: Sticker Star. You can read more about that here.