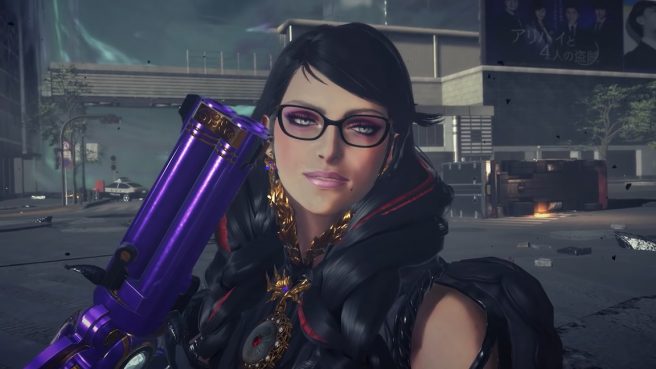 Bayonetta 2 is only available on Switch (and previously Wii U). Similarly, Bayonetta 3 will only be playable on the console. Both of these titles are published by Nintendo.

In traditional Kamiya fashion, he toys with fan expectations and responds sardonically. He starts off almost encouraging the idea of Bayonetta 2 and 3 on other platforms, only to quickly dash those hopes with logic and a sarcastic “good luck”. It’s safe to say that chances of these games appearing on PlayStation or Xbox consoles are slim to nil right now.

Here’s our full translation of Kamiya’s comments regarding Bayonetta 3 and Switch exclusivity:

Just like with Bayonetta 2, we’re developing Bayonetta 3 with funding from Nintendo. We are only involved in development. All decisions about the final product are up to Nintendo. So feel free to send your requests of ‘release the game on other consoles’ to Nintendo. If Nintendo asks us to port the game to PS5, we might do that.

I mean, I guess the likelihood of Bayonetta 2 and 3 coming to PS5 and Xbox isn’t impossible – it’s Nintendo’s decision. By that same logic, it’s not impossible that games like Mario and Zelda could be show up on PS5 or whatever. So good luck sending passionate pleas to Nintendo and trying to get that to happen… If I were you, I’d simply buy a Switch.

If all of this sounds familiar, that’s because Kamiya has said similar things in the past. Back in 2014, he spoke about exclusivity and more or less indicated that Bayonetta 2 wouldn’t have been able to happen without Nintendo’s involvement, and now we’re seeing a comparable situation with Bayonetta 3.

Bayonetta 3 finally reemerged this week with a gameplay trailer after it was first announced in December 2017. It is currently slated for a 2022 release.

Big thanks to Simon Griffin and Oni Dino for contributing to this post.