PlatinumGames provides an update on Project G.G., hopes to “be more open” during development 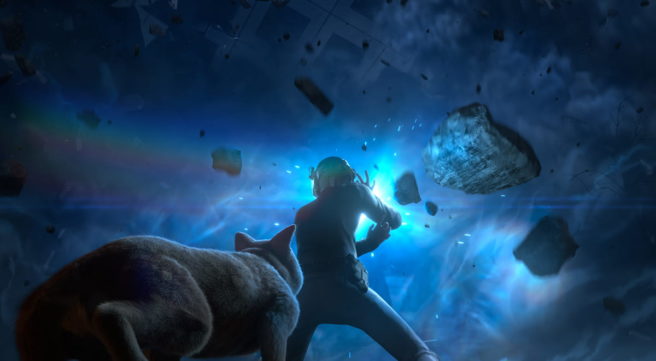 Last year, PlatinumGames announced a brand new IP tentatively titled Project G.G. Not much is known at present, but it will be the third game in director Hideki Kamiya’s superhero trilogy, following Viewtiful Joe and The Wonderful 101.

In an interview with VGC, PlatinumGames boss Atsushi Inaba and Kamiya provided a status update on Project G.G. As part of that, Inaba said that the company hopes to “be more open” during development, which is possible since the title is being self-published.

Kamiya: … We really are going to start making way with Project G.G, which we announced last year. We want to start making good progress with that this year. We need to get things in motion with that, which is going to require a lot of time and dedication.

Inaba: I think we would really like to make this something that is more open and visible to our fans and the media. What we have at the moment, we just did a short little teaser and then it’s been a year since then. But that’s not how we always want things to be: we definitely want to have a closer interaction with our fans and so we’re hoping to get to that development style where we can share things as we move along.

Kamiya: Also, since we’re self-publishing, there are no publishers to get mad at me this time, so I’ll be sharing things online, putting up screenshots whenever I like…

Inaba: I’ll get mad at you!

We don’t have that much say over projects that we’re not publishing. And we understand different titles require different approaches, so we respect the publisher’s decisions.

So if there is a difference between what we want to do with Project G.G. versus what we normally do with our other titles, it’s not really a criticism for those publishers: we respect their approaches. But for this title especially, our approach as a company is that we’re hoping to be more open.

As a game that is still very early on, Project G.G. does not have a release window at present. PlatinumGames has said that it is targeting Switch as one of the supported platforms.