Reggie on getting sudoku into Brain Age, initial hesitance from Iwata 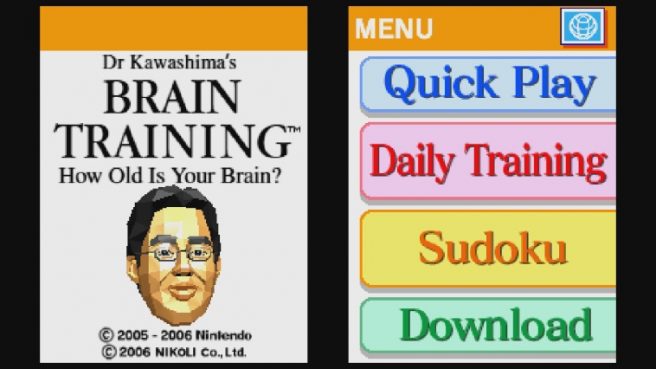 Sudoku wasn’t included in the original Japanese release of Brain Age, but it did find its way into the western edition. Former Nintendo of America president Reggie Fils-Aime is a big reason why.

Reggie knew that Nintendo would have to think about Brain Age differently in the west. Japan had an older population, and Dr. Kawashima was largely unknown in the west. Reggie would later have a conversation with the late Nintendo global CEO Satoru Iwata about including sudoku for Brain Age in overseas regions.

Reggie shared the following in his new book, which starts out with the talk he had with Iwata:

“‘I would like to add sudoku to the software as we localize it for the west. Sudoku is very trendy, and playing this math puzzle is popular with our older target audience. But it also has the ability to reach younger adults as they’re playing these puzzles as well.’

Immediately, Mr. Iwata pushed back. ‘Reggie, Brain Age is based on Dr. Kawashima’s work. We spent a great deal of time getting him comfortable with the activities we designed with the inspiration of his books. I am not sure he ever used sudoku in his research. It will be challenging to do what you proposed.’

I could tell this was personally difficult for Mr. Iwata. He was the one who initially met with Dr. Kawashima about the idea. I was sure he had been involved in delicate negotiations concerning how Nintendo was representing the Brain Age concept. After just a couple of years working with Mr. Iwata, I knew that when he stepped smiling and had loner pauses before reacting to an idea, he was getting uncomfortable. But I pressed on.

‘Mr. Iwata, research materials about sudoku are very consistent with Dr. Kawashima’s principles. Focused and short duration exercises seem to improve memory. If we expose him to the idea and why we believe it makes sense for the west, I hope he would see the benefit.’ It was a compelling argument, and I can already sense Mr. Iwata had moved past consideration of the idea, and on to how he would engage Dr. Kawashima to gain his support.

I had learned that it was foolish to push for a firm decision at an initial review of an idea. I needed Mr. Iwata continue to think about the idea on his own. But when we would have our regular communication by email and video conference, I would always ask about sudoku and how conversations were going with Dr. Kawashima.”

Eventually, Dr. Kawashima signed off on having sudoku in Brain Age. And as it turns out, developers in Japan were very much interested in the idea as well as they were concerned about how to make the game as appealing as possible in the west.