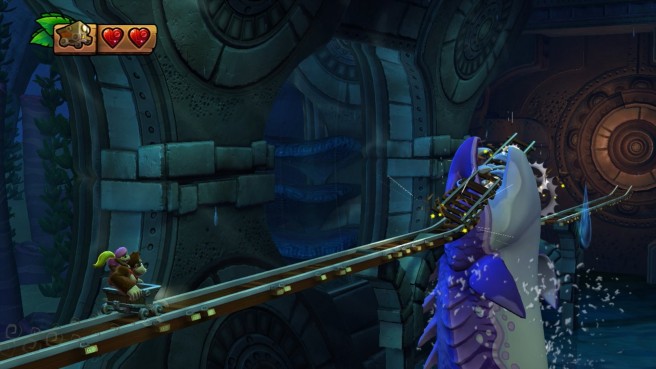 It’s not unexpected for developers to abandon a few ideas while making games. For Retro Studios, the team was able to take some elements abandoned for Donkey Kong Country Returns and implement them into its direct sequel, Donkey Kong Country: Tropical Freeze.

One feature scrapped from Returns but included in Tropical Freeze is the game’s dynamic 3D camera. Retro was forced to cut the idea due to a lack of time, but managed to save it for the Wii U title.

“As a game developer, I’ve felt that you always leave something on the drawing board that you wish you could have got in and you’re always tormented by the thought, ‘Wouldn’t it be cool if we have included…?’ I really believe, however, that those thoughts inspire future games and ideas that you use on the next game. For example, the dynamic 3D camera we used in Tropical Freeze was something we wanted to work into Donkey Kong Country Returns. We didn’t have the time, so we implemented it into Tropical Freeze instead.”