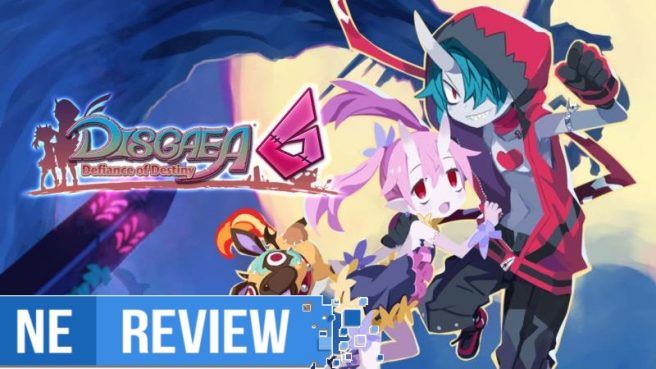 Disgaea originally debuted in Japan back in 2003, with Disgaea: Hour of Darkness, which has seen re-release and a DS port. Each of the games adheres to series staples, with colorful underworld units and pixel graphics. They’re mostly managed in an underworld hub, with combat being experienced in a variety of levels and worlds, each with a distinct style. As a tactical roleplaying game, Disgaea has become a staple series in the genre, with multiple games, spin-offs, a manga series, and an anime under its belt. Diving in to the newest entry in the series, let’s see how it shapes up, shall we?

Disgaea 6 follows a young zombie named Zed, who is hell-bent on defeating the God of Destruction. Zed journeys along with a zombie dog, Cerberus, who acts as a sort of voice of reason for the rot-brained youth. As a Zombie, Zed is more than an anomaly, but seems absolutely unique in his abilities. With his skill for Super Reincarnation, failing is just a minor setback for Zed. Taking on the God of Destruction and dying just allows him to try again later, as he comes back again and again after each defeat. The willpower Zed has seems to attract new comrades, and while the lad doesn’t quite understand why friends and companions are necessary, he begins to see the value in forging friendships as his journey moves forward. 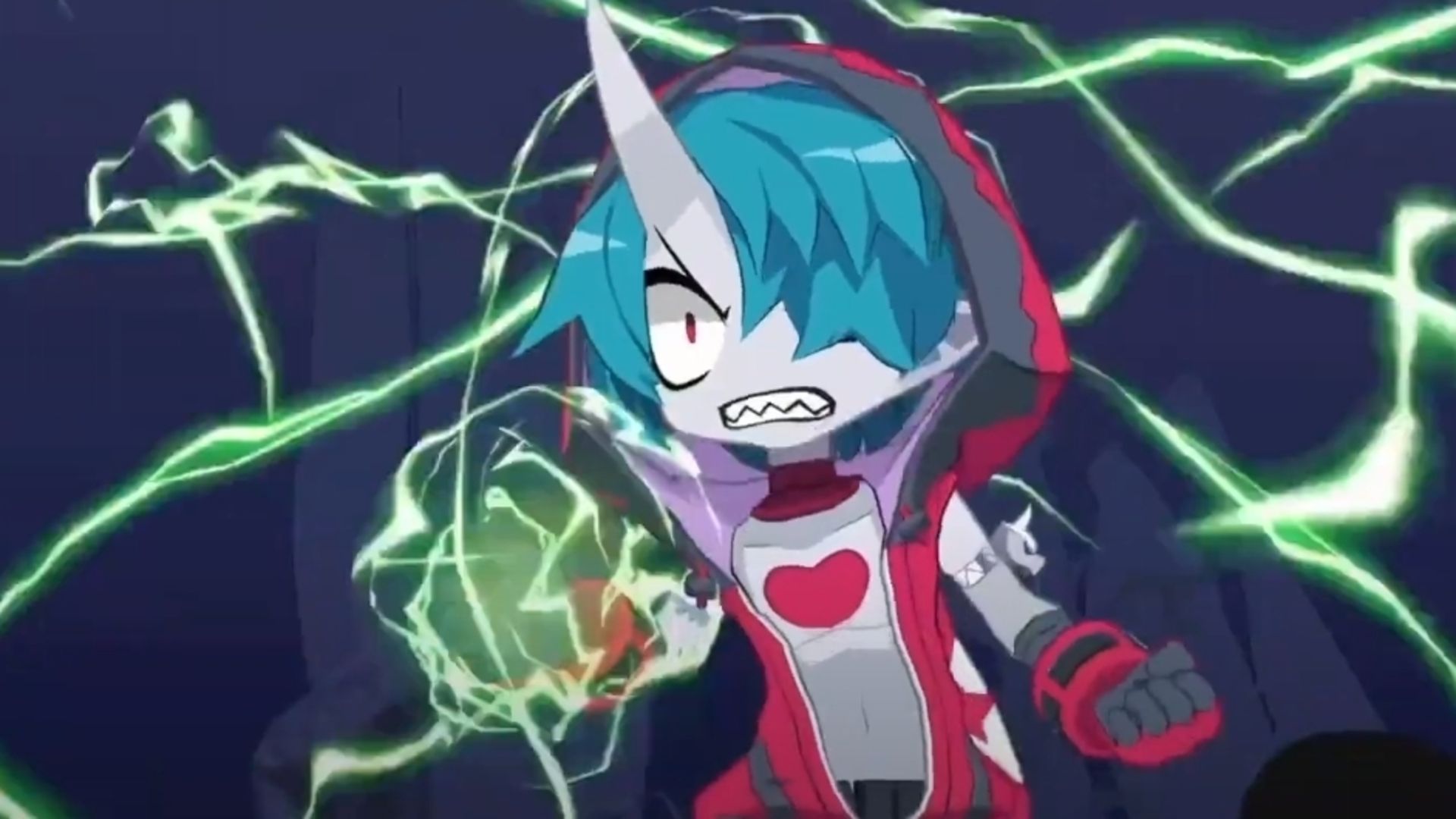 With the game progressing in the form of chapters, Zed will tell his tale to the Dark Assembly piece by piece, with the Assembly themselves becoming more and more invested in the tale as it unfolds. While Zed’s motivations for defeating the God of Destruction aren’t revealed until much later on, it’s not hard to also become invested in the goal. Strengthening your team, recruiting new characters, and building up your forces over time will be necessary to complete the task at hand. Expect to spend significant time doing just that: leveling up characters, and even equipment to make your team as strong as possible. After all, a mighty foe is on the horizon.

As a tactical RPG, Disgaea 6 retains the grid-based combat from past titles. Enemies will be spread out across a map in each level, and the player can deploy their own characters to engage in combat. Characters will have a set amount of squares they can move per turn, along with being able to perform an action – a regular attack, or a skill from their class or taught by the player with a skill scroll. As maps are cleared, experience points and other resources are obtained, allowing the player’s team of characters to level up, and for items to be purchased from the underworld hub. Other tools and resources will become available through story progression, unlocking familiar systems like the Item World and the Quest Hub, and while the Item World itself is an easy place to easily lose hours of ones life (and may just be the majority of my own play time,) one must be sure to return to the story eventually. Gods of Destruction don’t just kill themselves, you know! 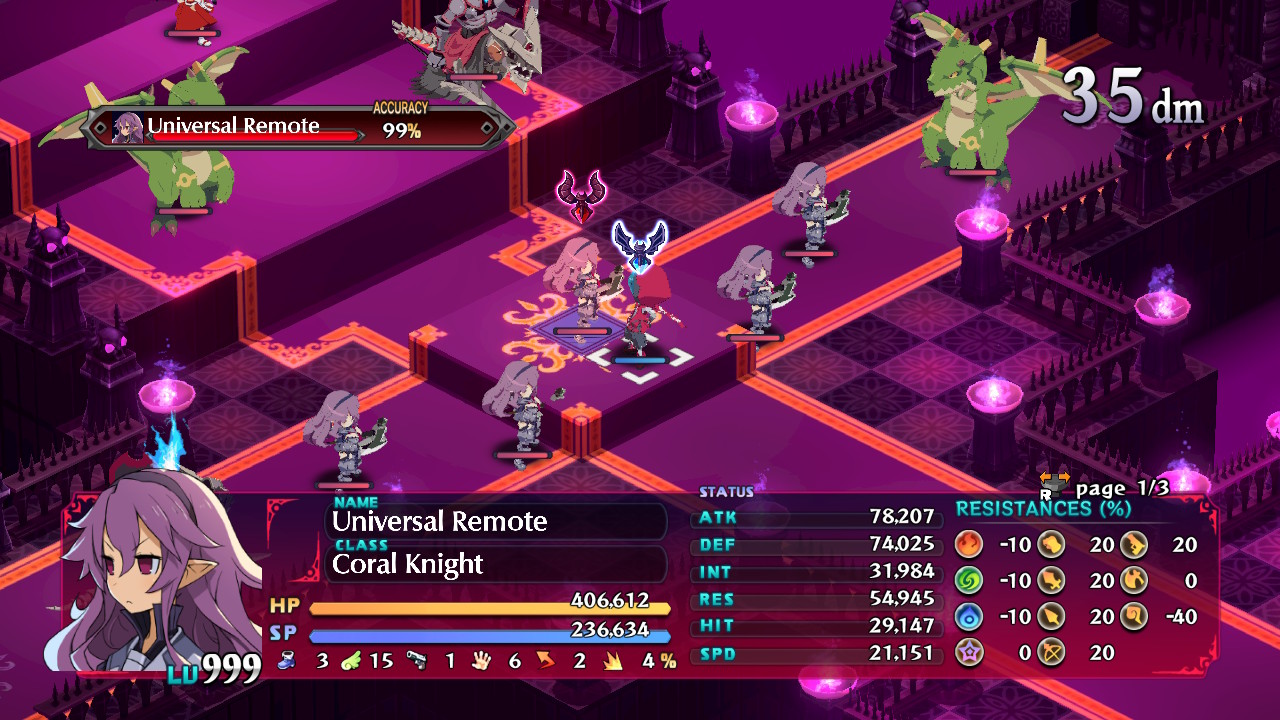 When the going gets tough, using Zed’s Super Reincarnation ability to reset back to level 1 (with a boost in stats) to only re-level back up to pack a bigger punch on your next attempt is the key to success. Though the idea of restarting and leveling back again can seem daunting, the game has a variety of ways to make EXP acquisition easier over time. By utilizing the Dark Assembly, the player can spend resources to increase the rate that EXP, money, or mana are received, along with a smorgasbord of other perks and features. The game is also equipped with an Auto Battle feature, which can be augmented with a system called “Demonic Intelligence,” a programmable AI that allows you to set skills and abilities to be used at certain times. Chaining battles repeatedly not only lets your characters grow quickly, but you’re also able to farm for resources and bonus items at the end of each skirmish. Growth is a constant, and pruning back every once in a while allows the unit to gain even more strength over time.

Zed isn’t the only one to benefit from reincarnation. Your generic units that you customize over the course of the game can reincarnate as well, taking on a new appearance and new class, to boot. While the change may seem a hefty prices to pay, the unit will retain any skills and abilities obtained as their original class, allowing you to create a powerful and more versatile fighter in the long run. Planning your reincarnations as a road to growth for each character can allow for some pretty astounding little powerhouses. An important note: characters acquired by playing the story (not created by the player) cannot switch classes, so we can’t employ the same methods with them. 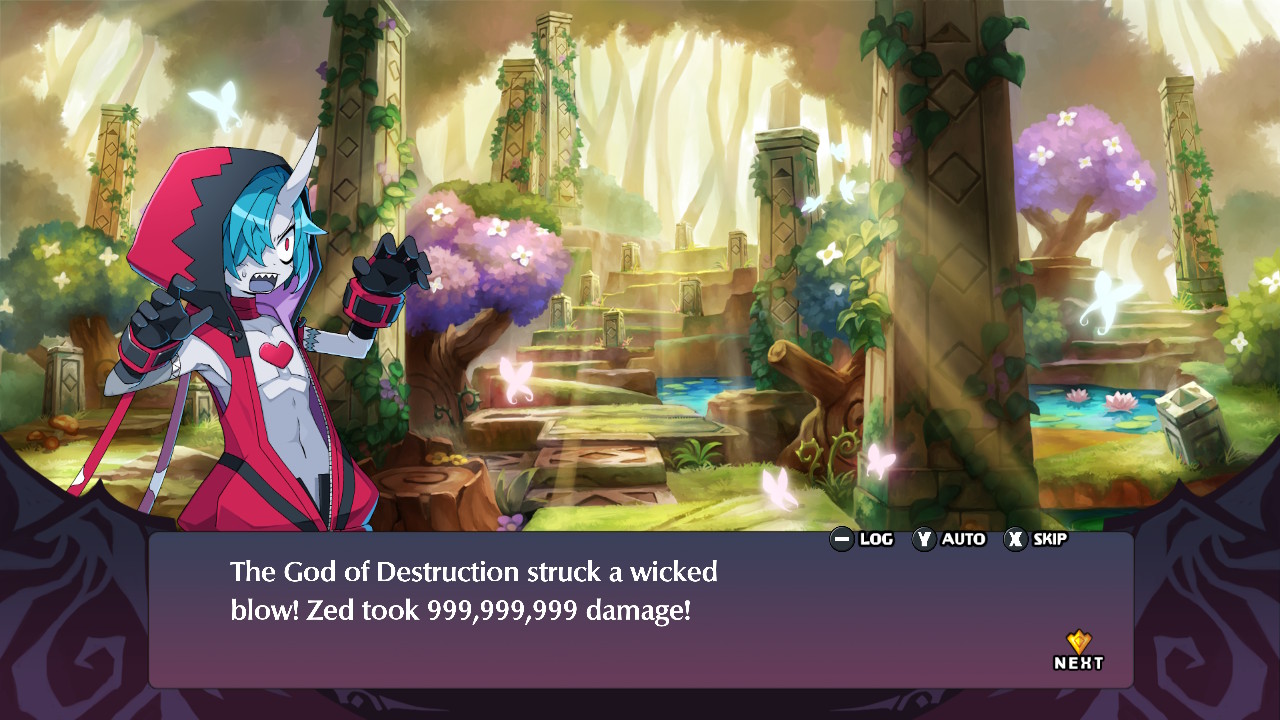 Disgaea 6 is the first game in the series to forgo the pixel-based sprites for its characters, instead opting for 3D models. The colors and environments are just as vibrant and appealing as ever, but the new style is definitely something to see. Personally, I see this as a change for the better and I hope they stick with it going forward. That said, the 3D models scale well in combat events, and the movement for abilities and skills seems fluid. While skipping scenes in a fight can have a noticeable delay, overall the performance of the game seems incredibly fluid, even in handheld mode (which I seemed to gravitate toward with this game.)

Menus are easy to navigate for the most part, and for what the player doesn’t know, a tutorial exists for. For long time players, you may be happy to know that you can skip the tutorials for any of the topics you are familiar with, albeit with a little scolding from Cerberus. Returning classes from previous games are aplenty for your characters, but along with the familiar are a handful of new: Mecha Girl, Psychic, Pincer Shell, and Evil Eye. Psychic has easily became my favorite of the new offerings, but each class has its own strengths and weaknesses, so its best to try them all out and see what works best for your individual play style.

Disgaea 6 is an easy recommendation for this summer’s gaming. Returning to the underworld is always a joy, but this particular cast of characters and story has an allure that I find trouble with disconnecting from. I haven’t been able to put the game down (I blame the Item World) at all. For those who may be on the fence, you can download the game’s demo from the eShop, and carry over your progress should you decide to go all in and buy the full release.