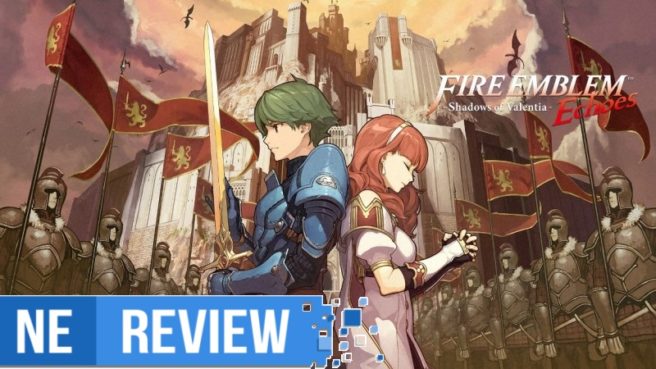 As an avid Fire Emblem fan, I have a lot of respect for how far the series has come, especially considering that Awakening was supposed to be the final entry. It’s clear that the new direction for these games clicked very well with western players, breathing new life into a tired chain of tactical RPGs. If essentially “waifu-ing” Fire Emblem up and making the games overall easier to play meant I could still get my Fire Emblem fix every other year, then so be it. However, with Fire Emblem Echoes: Shadows of Valentina, the developers decided to draw the series back to its roots by remaking the Japan-exclusive Famicom game Fire Emblem Gaiden.

This complete shift in direction leads to a darker tone and due to a smaller amount of characters, more development for each person’s individual growth. Gone are the huge teams of units, and instead you’re provided with a smaller group of deeper characters who you grow more connected to compared to those found in the alternative. No more children, no more pairing units together for marriage, and an overall darker and more involved retelling of an old story in the series makes Shadows of Valentina easily one of the most nostalgic and enjoyable experiences from Fire Emblem to date. 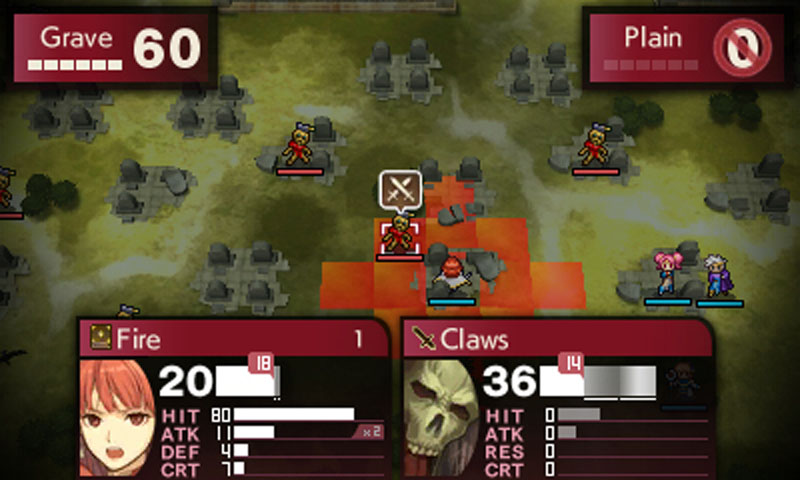 Being a remake, there are obviously going to be differences from the original source material, but Shadows of Valentia is a nearly completely different game in regards to how it is played. First, since most hardcore Fire Emblem fans are probably curious, Casual Mode is a returning – but not required – option. Alongside that, there is new amiibo functionality, explorable 3D dungeons, and some other oddball changes to the overall gameplay. An example of this is that now once all of your units have moved and taken an action during your turn, it doesn’t automatically end. You have to manually open the menu and select “End” to wrap up your turn and progress. Clearly, this doesn’t majorly affect your overall experience in a good or bad way, but some of these changes just felt different.

For every odd change, there are probably three good and sensible changes. One of the most prominent additions are the previously mentioned 3D dungeons. Throughout the story, you will occasionally encounter little labyrinths littered with enemies and treasure that, for the first time in the history of the series, you can explore in a three-dimensional environment. You will control either Alm or Celica and roam around, and these places are a great way to grind experience and make sure none of your favorite units fail to stay up to par with everyone else. The mechanics of these never grow too complex and are definitely not something incredibly new to the genre, but it’s certainly a nice change of pace when you grow tired of just battling and is a nice concept I hope the series continues to grow on. 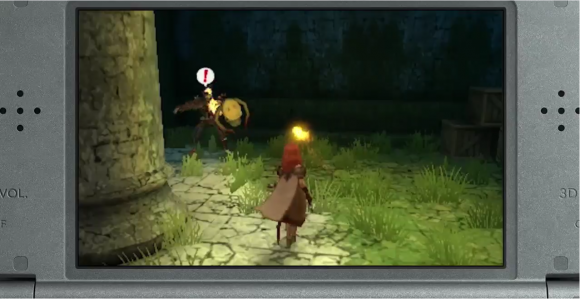 Another element to keep you occupied outside of battling involves exploring the towns and fortresses scattered around the map. New to Shadows of Valentia is the ability to actually visit key locations in places you’ve been and talk to townspeople and look around for key items. Here is also where you’ll recruit extra units through side quests or complete certain story beats. Again, it never goes too deep with the mechanics and never becomes more than just talking and moving on, but the added insight into the lore and development of the characters is welcome.

Like always, the fighting itself is what really makes up Fire Emblem Echoes: Shadows of Valentia. Battles aren’t incredibly different than earlier entries, but just like most everything else in this game, the added extras help make everything feel new again. The biggest new gimmick, or so I would argue, is Mila’s Turnwheel. This limited-use item allows the player to go back in time in battles and re-do turns. Initially, you can only move back one turn, but by allocating more resources you can earn the ability to move even further back in time. This new feature has allowed me to go back and right the wrongs I made in battles, helping me get those rare items and keep favorite units alive easier.

Leveling and classes remain nearly the same, though unlike Awakening and Fates, you don’t shop for weapons anymore and they still don’t break. Instead, every unit can automatically attack with Skills and Arts they have from the get-go, but you can equip stronger weapons to them that’ll stack on to what they can already do. Additionally, separate from the characters themselves leveling, the longer and more frequently a unit uses the same weapon, it itself will gain experience and grant the unit new skills and bonuses. 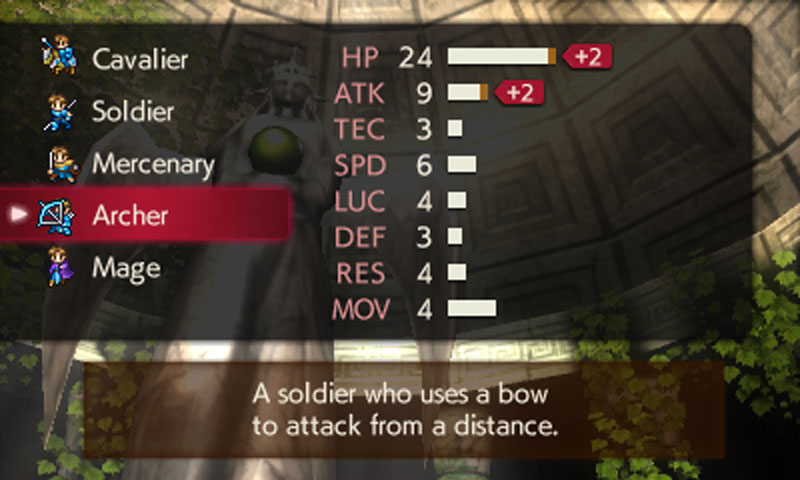 Shifting gears over to the story, I have nothing but pure praise to preach about this aspect of Shadows of Valentia. The first thing I want to mention is the complete voice acting. Now in every cut-scene, whether it’s fully animated or just text boxes, each character is fully voiced, and it’s really good – especially for the childhood friends on both Alm and Celica’s respective stories. Being able to listen to all the inflections and emotions instead of having to just read through them provides another layer of depth to each character, and by creating more relatable and connecting characters, you inadvertently raise the overall stakes of the tale. I highly recommend playing on Classic Mode, as the fear of actually losing these developed characters forever is a scary thought, so keeping them alive is far more rewarding than it’d be otherwise. It’s also important to mention that because there are far less total units in Shadows of Valentia, characters aren’t just introduced and then pushed aside for the next ones to take the spotlight. Each character plays a constant role in the story.

The story itself also stays in a much darker tone throughout, and right from the beginning of the game you can tell that this is a much more serious tale than one’s we’ve seen before. I remember being taken aback after the villain said in the prologue that he was going to behead all of the children characters and take the prettiest women as “slaves”, but this frankness in the dialogue create a more believable world to invest yourself in. Your characters are weak. They are watching and have seen their loved ones die in battle and they know their only option is to fight back. Your characters have goals and fears and the great writing in this game showcases this in a beautiful light full of depth and layers. It’s incredible how much of a jump in quality this entry’s story was. Also, as with every Fire Emblem game it seems, the soundtrack is fantastic. It goes a long way in insinuating the tonal lows and intensifying the tonal highs you’ll find throughout. 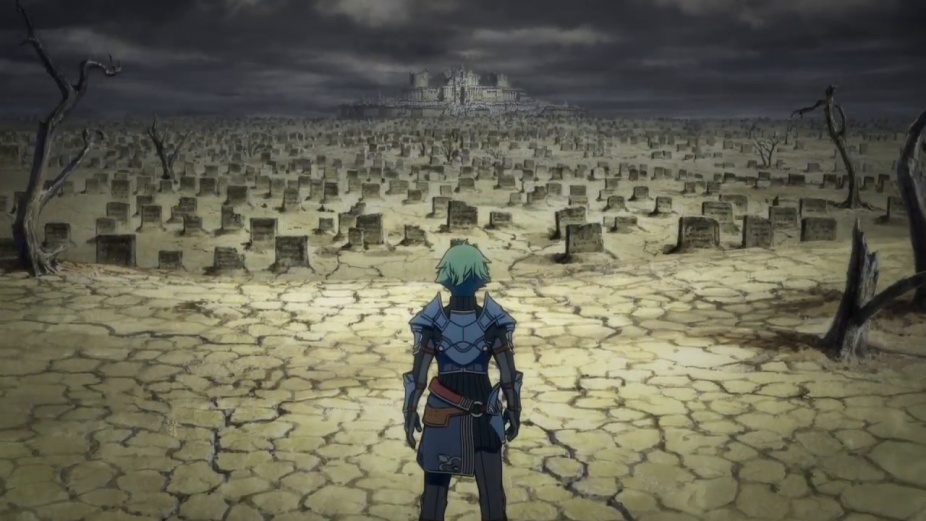 Let me clarify by saying I suddenly don’t hate the other 3DS entries of Fire Emblem now that I’ve played through Shadows of Valentia. I’ve just fallen in love with this new direction for the series. When you strip away the previously approach to characters and odd face petting games and replace them with more in-depth mechanics to what was already there, you’re left with a really solid throwback to what old Fire Emblem fans missed so badly. Neither are bad or better than the other, they’re just two very solid new directions for the series that I hope they spend time exploring both more. Fire Emblem Echoes: Shadows of Valentia has quickly become my favorite entry in this series due to its incredible presentation and darker tone that blend brilliantly with deeper game mechanics and more interesting characters. It’s clear Nintendo has found a sweet spot for this series, and I can’t wait to see where it goes from here.

If you’ve played Fire Emblem for a while and longed for the series to go back to its roots, Fire Emblem Echoes: Shadows of Valentia is practically made for you. There’s a lot to love here, and I strongly recommend going through the game for the first time using Classic Mode. The perma-death system goes a long way into making you grow much more invested in who you control. Fire Emblem Echoes: Shadows of Valentia provides one of the most satisfying RPG experiences I’ve gotten to play in a long while, and offers a perfect goodbye to this series on the 3DS. Even if you have the slightest interest, I implore you to pick this up and check it out. It’s that great.

Fire Emblem Echoes: Shadows of Valentia review copy provided by Nintendo for the purposes of this review.