Posted on September 17, 2017 by Jakob Vujovic(@jakovujo) in Reviews, Switch 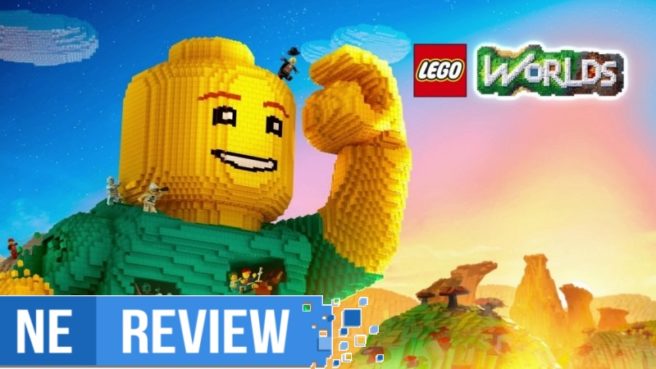 Minecraft stole the market for the kind of LEGO game that as a kid, I, and I’m sure many others dreamed of. LEGO was my go-to toy, but those bricks are expensive. It only takes one missing piece or one wrong brick color to throw a whole construction project off. At least for a kid who was a little too detail obsessed.

There were few digital alternatives. Early versions of the LEGO Group’s own Digital Designer PC software was fairly limited. Even more limited was my ability to sneak on my mom’s computer to play with it. Clunky and unresponsive software certainly can’t beat the tactility of playing with LEGO for hours until the tips of your fingers are sore from pushing on sharp plastic studs. In concept, LEGO Worlds is what I would have wanted to supplement my finite amount of real bricks. In practice, it’s just barely a step up from that 2004 PC freeware.

It’s difficult to tell where the designers put priority. LEGO Worlds has pretensions of being a LittleBigPlanet more than a Minecraft. In the game’s intro video, not-Stephen Fry narrates about the endless possibilities of these blocky worlds and challenges the player to become a “Master Builder” – obtaining total domain over the game’s in-depth creation toolset. Therein lies the problem: there’s a huge rift between the creation tools and the game’s ability to let the player go on their own adventure through randomly generated and user created worlds. Neither function of the game is very fun. 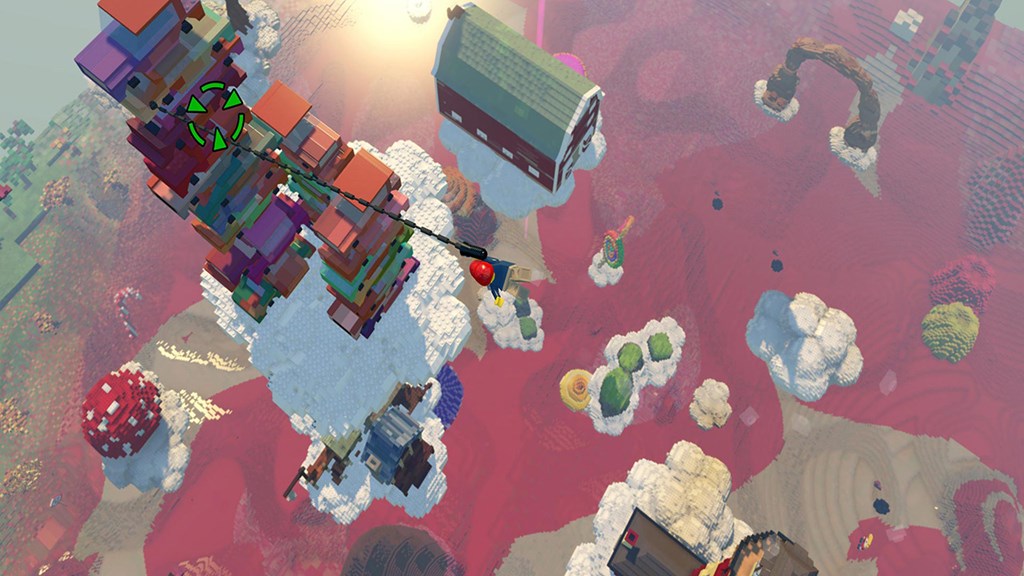 The adventure elements of the game really boil down to completely dull fetch quests in the game’s range of randomly generated small island worlds. Each of these small island worlds is themed around a generous range of biomes. There is everything from basic grass and snowlands to prehistoric volcanic crags, wild west deserts, and worlds made of actual desserts. They generally boil down to finding the quest givers randomly scattered around and completing numbing tasks in exchange for golden bricks that allow you to find new worlds. Repeat.

Menial tasks like spawning animals for a farmer, gathering horses that are all in the immediate vicinity of a cowboy, or levelling a mound that a caveman is stuck atop of are quests I was ready to be done within an hour of starting my adventure. The split-screen jump-in jump-out co-op might make it feel less menial, provided there’s have a willing player two, and the both of you don’t mind a heavy drop in an already shaky frame rate.

Even when LEGO Worlds presents a potentially interesting play area: maybe a cave to plunge or a dungeon to loot, there’s nothing to stop the player from using their all-powerful Master Builder abilities. Just delete some terrain to get straight to the treasure, circumventing even this whisper of an interesting play scenario. A disappointing adventure half wouldn’t necessarily be a huge problem if actually wielding god-like power over the building blocks of the world was any fun, or even if it was only unremarkable. If only. 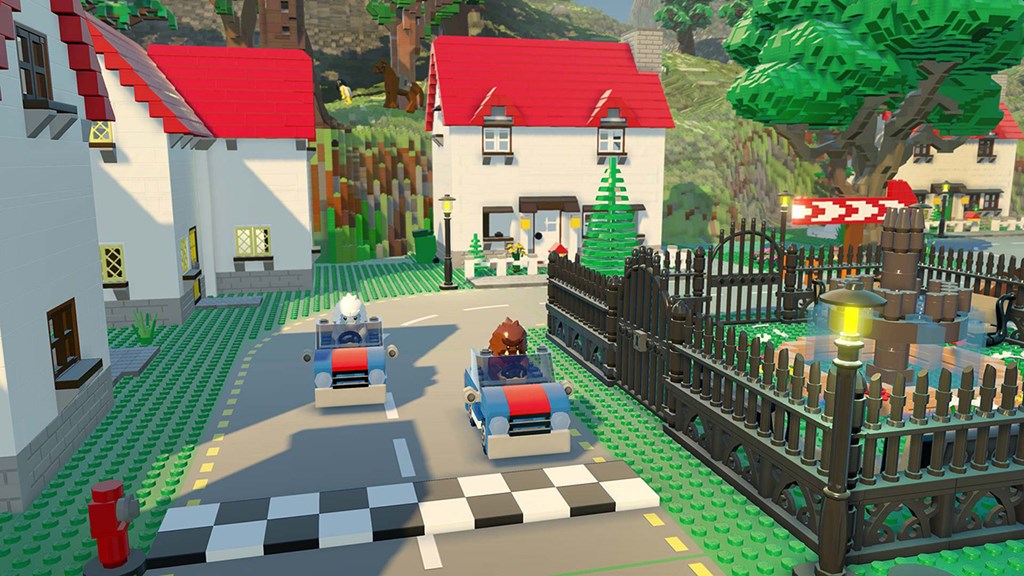 LEGO World’s creation tools are powerful. Anything you could imagine making with LEGO can be made here, sans the pesky limitations inherent with keeping an inventory of real life bricks. Whether you want to paint swathes of terrain into steep cliffs, rolling hills, or a flat plateau or construct something brick-by-brick – it’s all there. It’s just actively frustrating to use.

A feeling of consistency in controls is essential in this genre of building game. LEGO Worlds’ interface is cumbersome, to say the least. Icons are small and difficult to intuitively read, especially in handheld mode where most text is so scaled and blurry it’s almost unreadable. Menus are slow to respond to quick selections, made all the worse by a layout that was clearly built for a mouse and keyboard (and no, the touch screen doesn’t do anything). Opening menus is something I grew to dread until the molasses interface just completely turned me away from even wanting to mess with some otherwise capable creation tools.

Structures can be copied and pasted into the world, edited brick-by-brick, or built from scratch. Anything you could imagine building with LEGO can be built. The caveat is that you’ll probably have a really miserable time doing it.

I wish I could love this game. A LEGO crafting game was always an obvious idea. Now only in the wake of Minecraft has it been done and it feels more than a little shoehorned. It’s like the team chemically distilled the adventure and building elements that flow together so well in the most beloved crafting games and ruined the appeal of each. Adventuring is anything but, and while the diverse tools for a virtual LEGO creation are all there, I just can’t bring myself to wade through its unoptimized interface. LEGO Worlds is frustrating in every facet.

LEGO Worlds review copy provided by Warner Bros. for the purposes of this review.