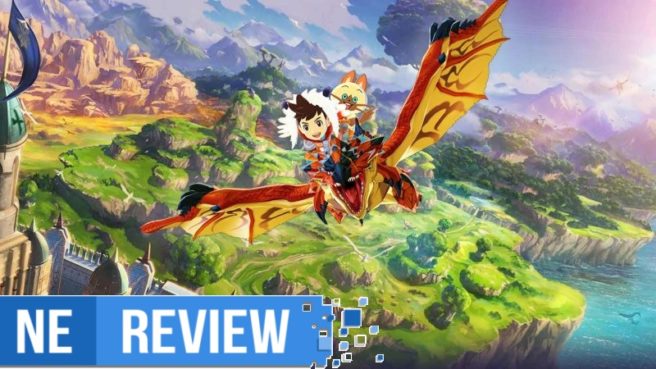 To be quite frank, Monster Hunter Stories came as a surprise to me. I didn’t look too much into what the game was before trying it out, because with all my previous Monster Hunter experience I should be fine, right? Upon starting the game, I only knew fragments of information from the announcement trailer. But once my time with Monster Hunter Stories began, the game subverted my expectations, and it became clear that this wasn’t such a bad thing.

For starters, you should be aware that other than the monsters and material collecting aspect of this game, Monster Hunter Stories differs very heavily from the previous entries in the series we already know and love, and not just visually. A universe that was once a serious, time consuming adventure to hunt and craft as much as you can has been transformed into more of a cutsie collectathon that requires you to hunt and raise monsters while saving the world from evil. It’s a huge change from the norm, but one that was executed in such a way that it’s created a brand with an already strong footing. The world of Monster Hunter was so carefully and wonderfully translated into this new form that now allows the IP to appeal to less experienced or younger gamers with ease.

In Monster Hunter Stories, you are a Rider, and your task as a Rider is to go out into the world and raise, train, and battle alongside the monsters that inhabit the lands. You build relationships with these creatures, and together you both explore and help the universe that surrounds you. The world you live in is in danger and needs saving, and thanks to your special relationships with the beasts of the land, you’re the best candidate for the job. Along your journey you’ll enter towns booming with personalities and interesting characters, trek and explore large and diverse lands such as sweeping greenlands, icy mountains, deserts, and most importantly, raise and become one with monsters. 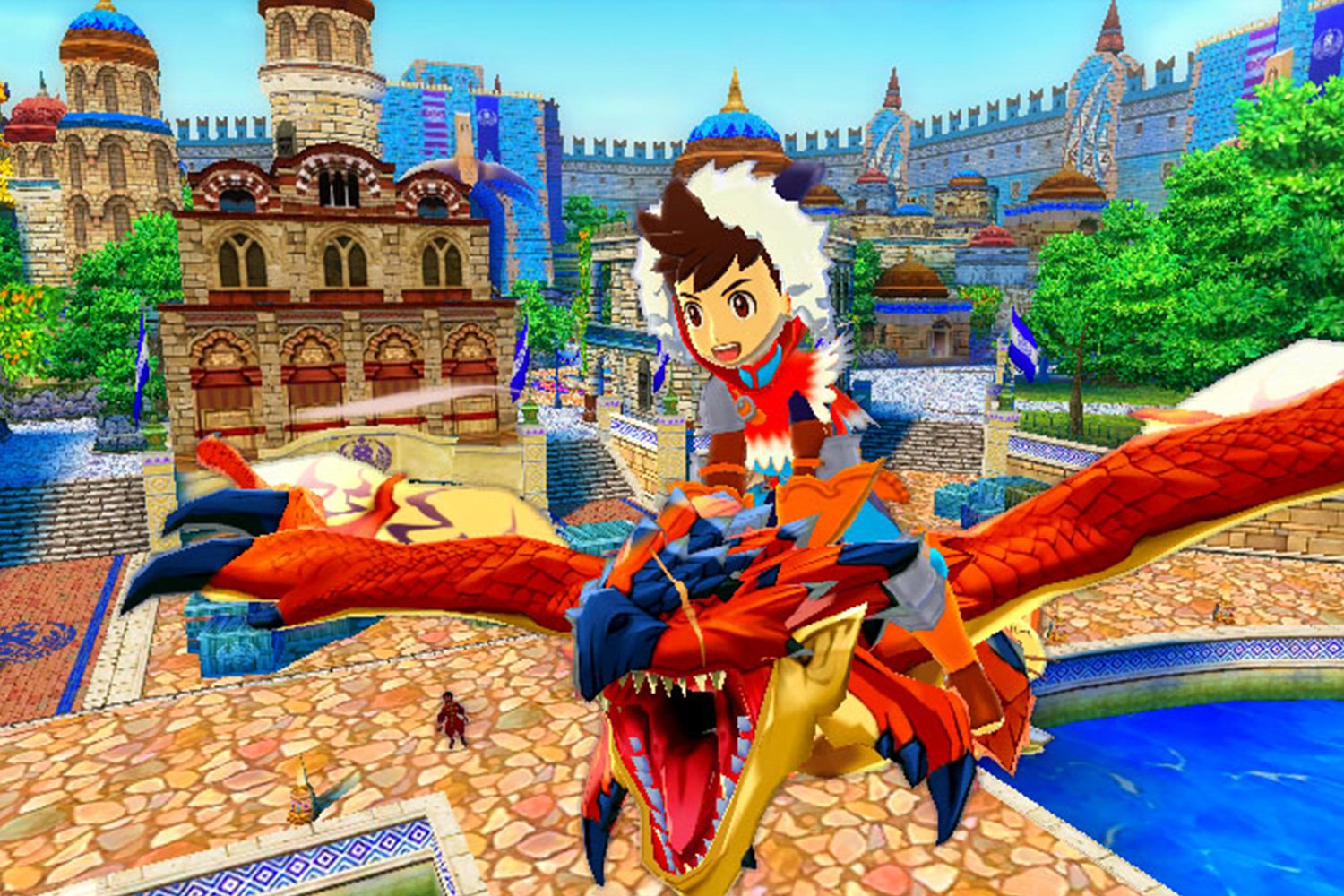 The “Monsties” that you collect are Monster Hunter staple creatures, meaning there is a large variety of them to tame. They vary from the small beasts you’ve grown used to seeing regularly all the way up to those iconic monsters you spend hundreds of hours preparing to take on. While traversing the large world, you’ll come across little caverns that you can enter that are randomly generated across the map, and upon entering you’ll be tasked with exploring labyrinth-like caves. Inside these caves are enemies and materials aplenty alongside twists and turns that can make your head spin, but waiting at the end are egg nests that hold those elusive monster eggs, which in just a few hours could become your next best teammate.

Egg nests are where you’ll pick up and collect monster eggs right from the nest they were laid in. Surrounding the egg are useful and often times rare materials, but the more time you spend collecting all those materials the more at risk you put yourself for the mother of the monster to return, and once you catch her glance she’ll attack. These monsters are leaps and bounds tougher than any other other enemy you’d find elsewhere, so you’ll find yourself asking whether searching for better eggs / materials are worth risking a difficult battle where you may die / waste good resources. Ultimately, the rush you get after executing a nice haul and avoiding the encounter is incentive enough to keep coming back and testing your luck again and again. 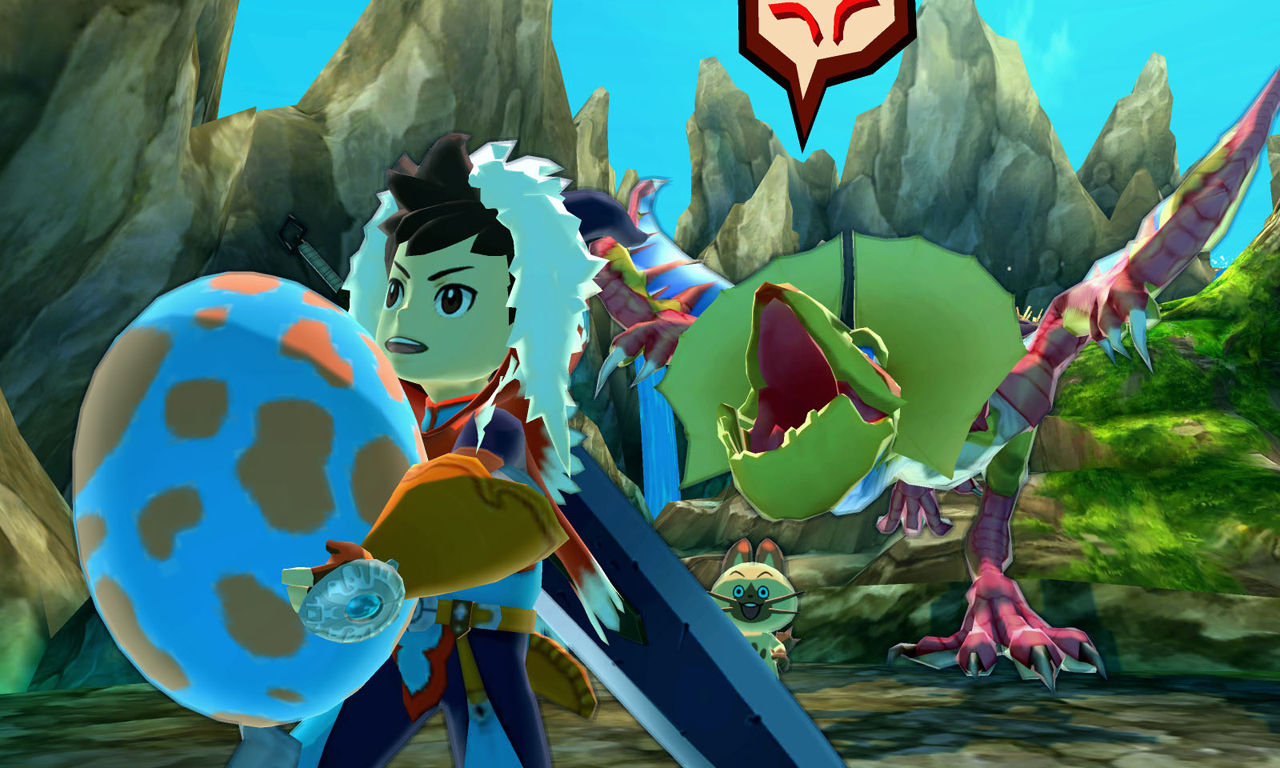 When you actually return back to a town with your newly found eggs, you’ll hatch each one and see what’s inside. Some monsters are strong, some can fly, some can move faster than others – you never really know what you’re getting until you’ve hatched it, so it’s worthwhile to collect as much as you can to get the most out of your trips. From here, you can assign which monsters you want to take into the world with you (up to six), and you can train them, breed them, or even release them – anything you need to do to assemble a constantly growing team. This is where you’ll find yourself spending most of your time without even realizing it, because mixing and matching monsters’ special abilities and strengths is addicting, and being able to go back into the world and conquer beasts and obstacles you couldn’t before is satisfaction at its finest.

Once you’ve assembled a fit team, you’ll need to focus on yourself, the Rider. Even your character can be upgraded, better equipped, and trained to grow stronger and better – meaning you have to strike a balance between yourself and the monsters you take with you to guarantee you’re covering all your bases in combat. It’s this enticing concept of fitting all of these seemingly unmatchable puzzle pieces together to create a great team that I found kept me involved in Monster Hunter Stories, and finally getting to see its effects in battle that me most involved.

The battle system in Monster Hunter Stories is fairly basic, working on a glorified rock-paper-scissors system. There are three types of basic moves to choose from: Speed, Tech, and Power. Speed beats Power, Power beats Tech, and Tech beats Speed. Each monster is set to one type of the basic combat options, meaning it helps to learn and master enemies patterns to know when to execute what kind of move. If you notice a Monstie constantly choosing to attack with speed, it’ll probably be wise for you to attack with Tech to get the upper hand. When you and your monster partner attack the same weak spot with the same kind of move, you’ll activate a team attack dealing more damage, and they often throw in quick time events to keep battles engaging and interactive. The developers also made the very wise decision to allow you to speed up battles by up to three times the normal rate, meaning encounters can end in a matter of seconds if you need them to. 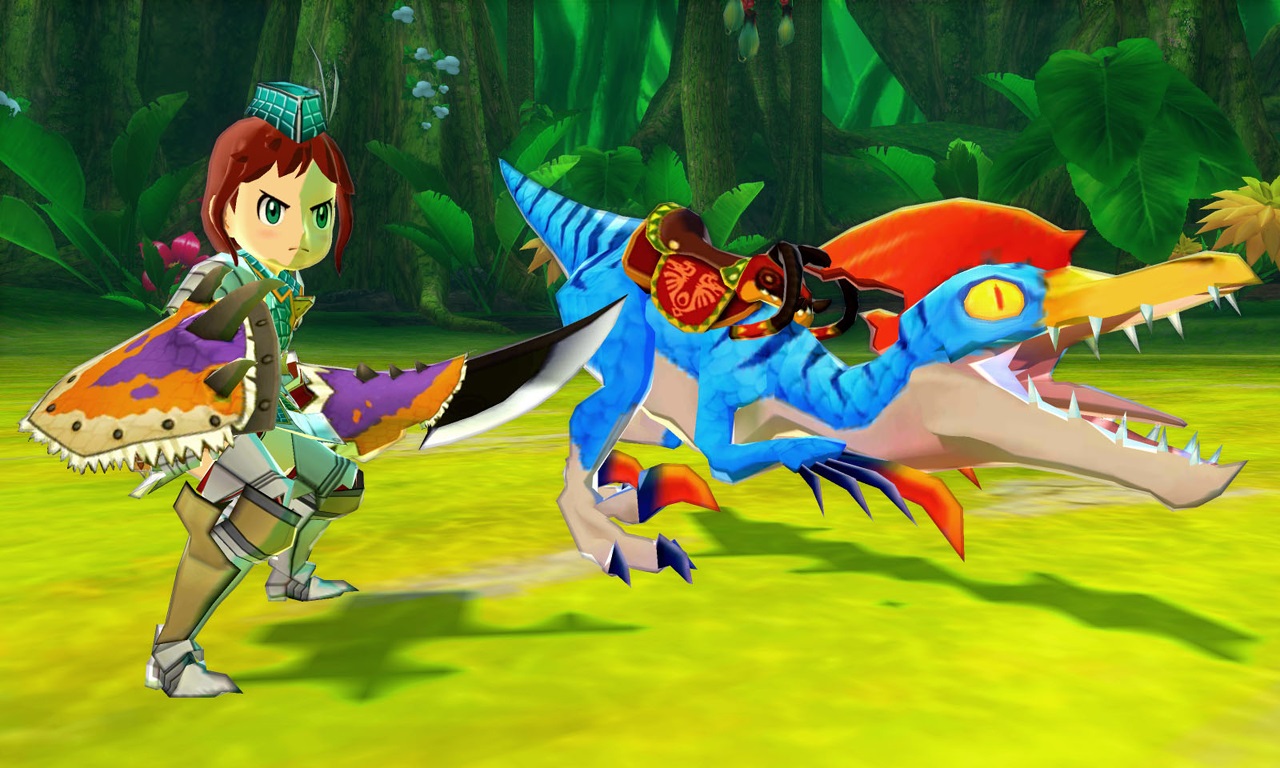 When exploring the world, I found myself constantly pleased with the art direction on display. Materials and caves are colored differently than the rest, making spotting them in a crowd easier, and everything else is filled in so vibrantly. The landscapes are not too vast and are well designed which help create memorable areas to go back to and grind for more experience and materials. The 3DS’ specs don’t pay too kindly to the models and the scope of the game, but clever use of bright, cel-shaded colors and expressive and personable characters help fix that issue.

The one surprising disappointment I noticed throughout my time spent on this title is its lack of a compelling soundtrack. The overworld has no theme to accompany it, and most battle music sounds like something Pokemon has already done – except Monster Hunter Stories doesn’t do it as well. It’s far from a deal breaker, but definitely something I noticed during my playtime.

At the end of the day, Monster Hunter Stories isn’t the game we’re used to seeing out of this series. After spending time with this title, however, I was floored by the amount of fun I was having. It’s clear a lot of love and passion went into crafting this wonderful new vision of the Monster Hunter world, and I would love to see where the concept could be taken next. I had a blast raising and naming these monsters I grew to bond with, and creating different teams that can accommodate any challenge the game threw my way. Monster Hunter Stories may not be a story we’re familiar with, but its definitely one worth experiencing.

As someone whose sunk hundreds of hours into the Monster Hunter series, I must admit, I was unsure how this would all fit together. But to my pleasant surprise, the developers at Capcom and Marvelous have done a fantastic job translating Monster Hunter into something completely different. Monster Hunter players looking for the same kind of time-sinking, incredibly deep game they’re used to seeing might want to try the demo out before making the final purchase, but for RPG fans or those interested in sinking their time into something new and fun, Monster Hunter Stories is just perfect.

Monster Hunter Stories review copy provided by Nintendo for the purposes of this review.