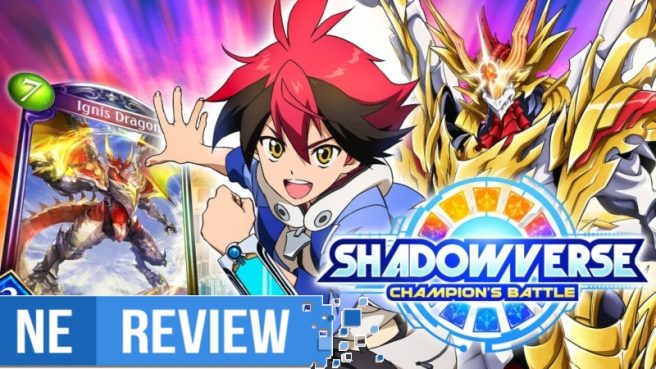 While Shadowverse may not have the same name recognition of other card titles, since its release in 2016 it’s held a strong presence on both PC and mobile with Hearthstone-esque style of gameplay as an array of beautiful cards are pitted against two players on a field representing themed decks. What set the IP apart from other games of this style is its evolution mechanic, which grant bonuses at any time the player feels they want to initiate the function to turn cards into buffed up versions of themselves. In addition to having a story coincide with the cards in a dark fantasy matter, Shadowverse felt whole, engaging, and consistently fresh with its frequent updates that’s kept the game and community alive and well for so long. Since then, the IP has continued to grow and taken a new visual direction with the anime in 2020, and furthermore a year later leading up to today now releasing a brand-new RPG on Switch that uses the art direction, world, and cast of the show to carry the helm of this great new outing. Shadowverse: Champion’s Battle is a brand new adventure that blends fantastically the depth of a RPG with its signature collectible card game gameplay to give what may possibly be the best card-game based game in years.

Over the course of the last few years we’ve seen quite an influx of titles utilizing cards to drive their main gameplay mechanic in an adventure-type setting. Games like Trulon: The Shadow Engine, Black Book, Monster Monpiece, Slay the Spire, Frost, and Draft of Darkness are a few examples of some of the creativity that’s come about the genre in which card-based mechanics are the focus of combat, but everything outside of it tends to be presented in a way that’s atypical, allowing for movement, exploration, and more that would be usually seen in any other genre rather than simply selecting prompts on a menu. Shadowverse: Champion’s Battle takes this to a whole new level by providing a wonderful semi-future version of Japan as you play as either a male or female avatar to represent your protagonist throughout the game with a name of your choice. You’ll show up to Tensei Academy as a new student where you’ll find tons of students are obsessed with Shadowverse, and your new friends decide to show you around and teach you about the mechanics, because to them it’s not just a game – it’s a lifestyle. However, all is not perfect as the school is threatened to lose its club due to a lack of members despite the students’ enthusiasm, and so you’re tasked with finding members to join the club and impress passerby by the skills and glory of Shadowverse via your battles. 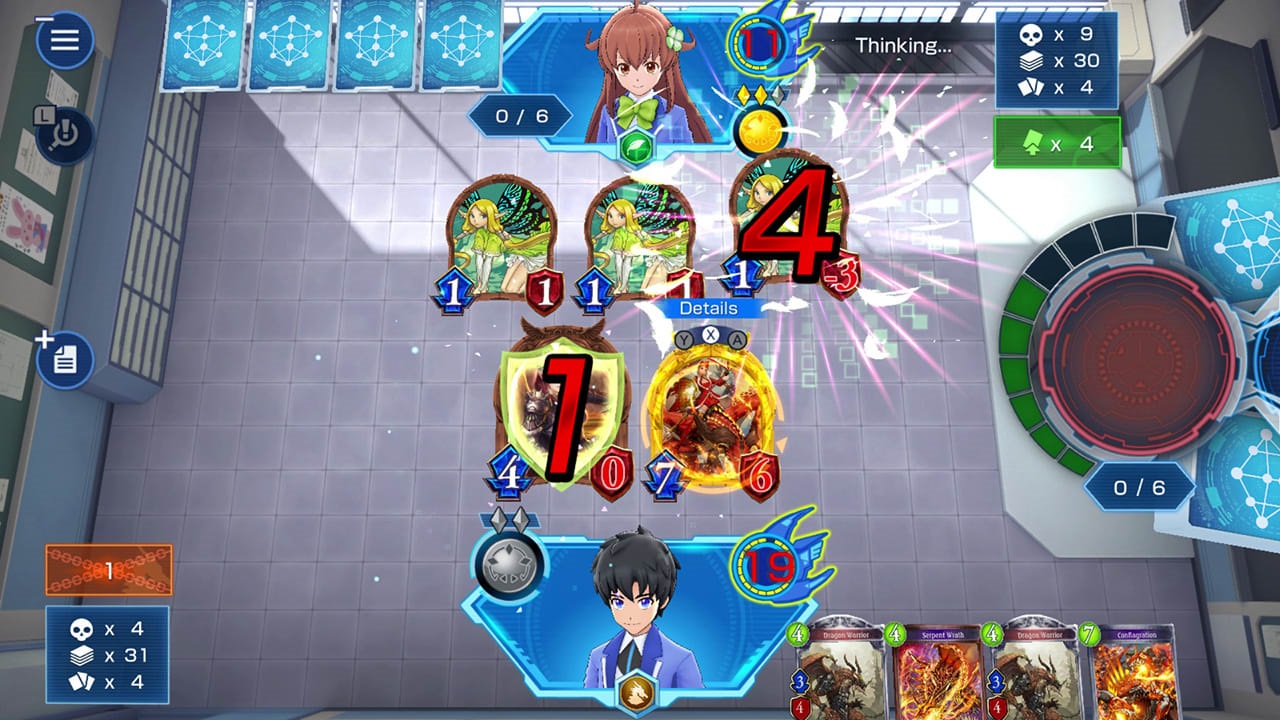 Throughout the adventure you’ll go to multiple places in this unique version of Japan where Shadowverse holds such a prominent spot in society, venturing through cities, towns, alleys, school grounds, and more before making your way to the stadiums that hold the biggest championships looking for the best and highest rank players in the world. With cutscenes both animated and in-game, and tons of dialogue exchanges between important story-related characters and NPCs riddled across Shadowverse’s plentiful world, there’s plenty to see, do, and experience that allows Champion’s Battle to always feel alive and exciting. It also helps that everyone within the game is so enthusiastic about Shadowverse in general from all sorts of backgrounds and age groups that it ends up being infectious for those of us who really get invested in card games when they click. With tons to interact with an even find through data cubes scattered throughout the world that grant cards, packs, coins, and more, it also gives big incentive to check every corner of an area to help complete your collection.

You should be able to pick up Shadowverse: Champion’s Battle with ease regardless of your experience in the genre thanks to its quick and fun tutorials that walk you through how to play the game itself. It’s made even more accessible with a hint button that will give recommendations on what to play or do next if you feel confused or unsure.

A standard deck will use 40 cards and be themed in one of eight classes – Forestcraft, Swordcraft, Runecraft, Dragoncraft, Shadowcraft, Bloodcraft, Havencraft, and Neutral – with a mixture of your main field cards doing the attacking known as Followers, Spell cards which serve for quick effects in a variety of ways, and Amulets which will support you in battle with an accompanying effect that’s typically prolonged or permanent until removed. The decks themselves can be created manually or acquired through battle where once you’ve defeated an opponent, you can attain what’s called Deck Codes and make an identical deck using the format and cards provided via the deck code given after victory. A neat feature is that once you’ve created decks for yourself, you can actually exchange those deck codes with other players online with a deck code password and have up to 20 decks uploaded at any time for up to a year. 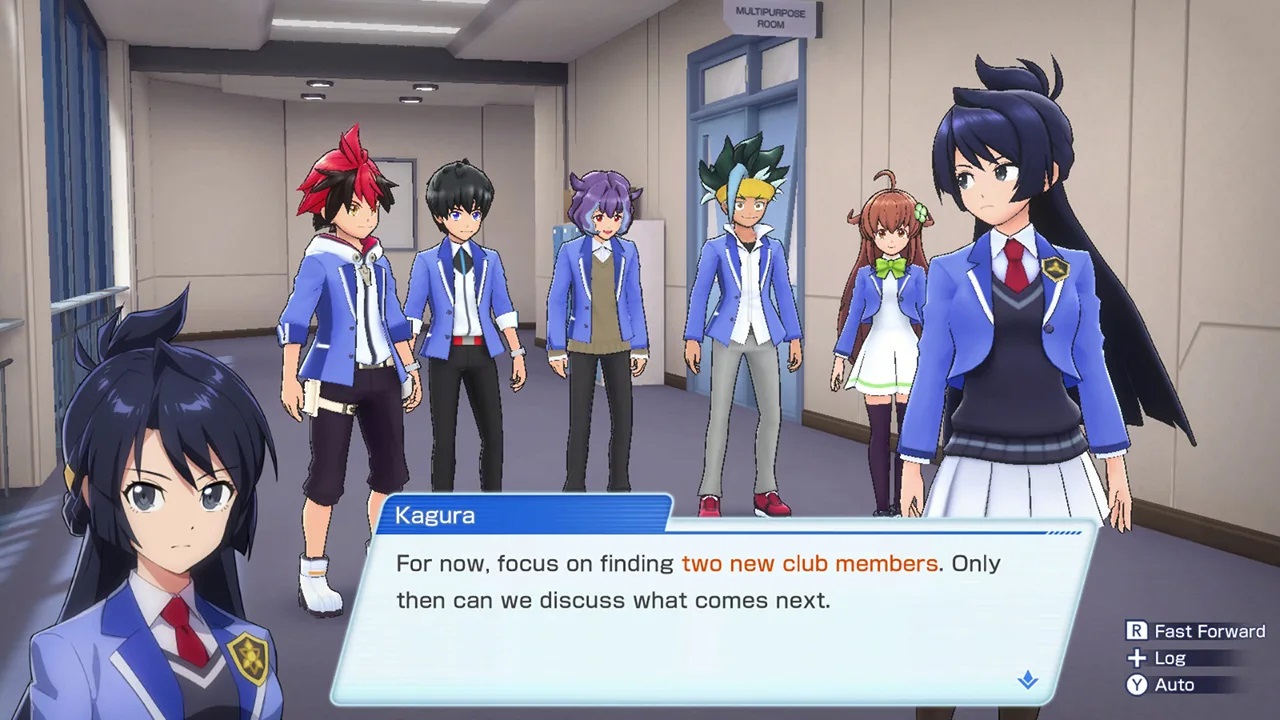 Despite a multitude of classes, the general philosophy of Shadowverse is consistent between each, but where the biggest differences rely is the use of Leader (player) abilities that allow for enhancements for the cards either by simply playing or through evolution, of which you can evolve two or three times depending on if you go first or second respectively. Using Bloodcraft as an example, the cards actually benefit most from the leader having taken enough damage to turn a lot of the cards into powerhouses, but it’s a high risk/high reward situation. In the case of Dragoncraft, that deck tends to excel at late-game moves after a certain amount of turns have passed, allowing for some cards to realize their true potential including the ones that cost significantly less and are typically played from the start. This slight change between each class gives enough strategy that Shadowverse can be played any number of ways, allowing for players to either rush, overwhelm the opponent with low-cost but fast-acting cards, patient planning, or however they see fit.

Shadowverse – much like Hearthstone and other games that have adopted similar mechanics – stays addicting this way by also being flexible with matches that can range anywhere from as quick as two minutes to as long as half hour depending on the strategies employed, and being able to collect cards, sleeves, currencies, and portraits after each victory also makes Champion’s Battle deep enough that you’ll want to say “Shadowverse Showdown!” to everyone you come across. Even better is the ability to rematch opponents whenever you see fit with no cooldown in place. It keeps the feeling constantly alive with enthusiastic NPCs looking for another round to show their skills, versus something like Pokemon where NPCs are usually done after your initial battle whilst you make your way through the region, giving less and less to do as you go on. Shadowverse: Champion’s Battle stays consistently full by allowing players to play a round whenever they please, acquiring Deck Codes and the like, while also having the ability to go to kiosks set around the sectioned map to pay for new cards, sleeves, and decks on rotation. 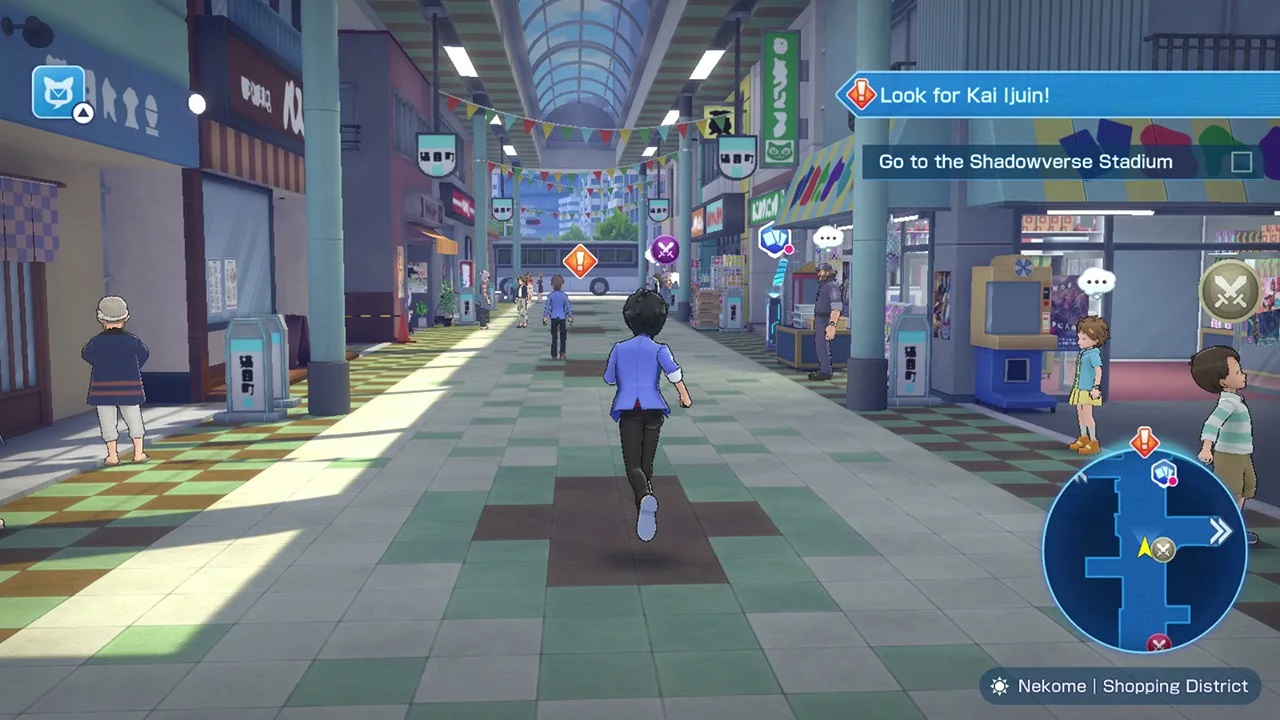 Shadowverse: Champion’s Battle has this interesting live-service sort of feel to it also considering it’s not a live-service game at all, though that’s not to say it won’t receive updates – on the contrary. The game features a Battle Pass that can be completed in a variety of ways, with rewards being granted by finishing objectives as well as online battles. Add that to planned updates post-launch to keep cards in rotation as well as implementing new cards, decks, and more, and Shadowverse: Champion’s Battle already feels like the definitive collectible card game experience for Switch, which also feels right at home on the hybrid system.

Playing in handheld mode in particular gives off a similar vibe to the mobile version of the game when in battle as you’re able to interact with pretty much everything, allowing you to drag cards into the field from your hand or initiate attacks by dragging your finger, and initiating evolutions, checking details on cards, or ending your turn with a simple tap. While this isn’t available in TV mode, the outside world certainly feels big at a glance when on a larger screen even if you’re limited to smaller hubs as they’re sectioned out. Regardless of how you play the game, it feels right at home and will likely be the best non-live-service live-service game you’ll play on the system, as odd as that is. Cygames has really captured its sort of “re-imagining” and anime adaptation of Shadowverse in a special way with Champions Battle, and it’s the perfect blend of RPG and card collecting in a format that I’ve been itching for since the likes of the Pokémon Trading Card game on Game Boy Color, but made modern.

Those craving for a proper card game on Switch need to look no further as Shadowverse: Champion’s Battle basically combines the best of both card games and RPGs in a single package, making it one of my personal favorites of the year. It offers a collectable card game adventure in a world animated enough to feel lively, fun, and immersive. While I wish there were more customization options for the characters themselves to truly make it a more personal experience, what’s provided already goes leaps and bounds above the typical licensed adaptation, and especially a product based off of a card game no less. Shadowverse: Champion’s Battle basically gives me what I’ve been wanting since the early days of Yu-Gi-Oh! on Game Boy and PS1, and though we’ve come close at times, this title finally reaches the apex of blending two genres and styles together in a way that is complementary of each other, rather than one feeling less polished than the other. The game is an accessible experience that is bound to appease RPG and CCG enthusiasts alike and is a stellar new title that I hope will inspire other developers to reach this sort of level of world-building alongside their deck-building. Shadowverse: Champion’s Battle subtly has a sort of Persona flair with slice-of-life elements that makes the whole experience feel grounded and familiar, even for those jumping in for the first time, and I also hope this isn’t the last we see of Shadowverse on Switch in general.