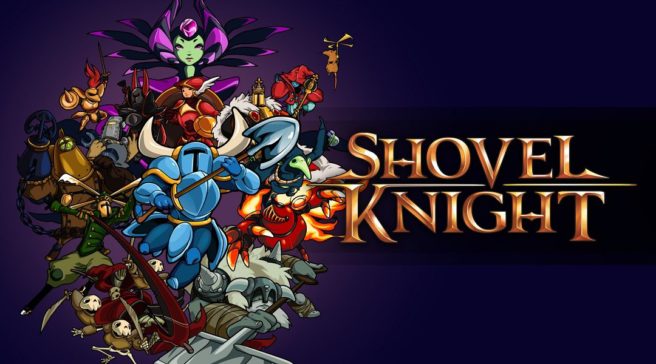 Yacht Club Games announced a major sales milestone for Shovel Knight today. Since its original launch, the game has sold over two million copies across all platforms.

On Switch, Yacht Club says Shovel Knight is at 370,000 units sold. It’s the third best-selling platform behind Windows and 3DS. Despite that, Shovel Knight has sold faster on Switch than on any other platform, and it’s generated the most revenue as well.

Here’s a big breakdown of Shovel Knight’s sales and more:

Shovel Knight hit 2 million sales! That’s unreal! What does that look like per platform? Let’s take a closer look:

Note SCEE crossbuy is listed as such because we do not have platform breakdowns for it.

Wow! What stands out at first is that Switch has emerged as Shovel Knight’s 3rd best selling platform– with only a single year of sales under its belt. We’ve sold about 370k units on Switch! Windows has our highest unit sales, but keep in mind we also have the most discounts on that platform. Although, we have been consistent across all platforms by not discounting the game for more than 33% off.

One fancy behind the scenes thing we built this year was much better tools for downloading and tracking our sales data. This means we’ll be able to present information in all new ways! Maybe one day all the platform holders will let us release all our fancy tools to the public. But for now, we have to show you some less specific data! Take a look at our new platform graph:

As other games have experienced, Shovel Knight has sold faster on Switch than on any other platform! PC was the previous leader for units sold in the first month at ~70k. Switch broke that record by selling around 110k during its launch month. Switch’s breakout success can most clearly be seen in our monthly graph below.

Copies sold per month by platform.

Here is a graph of the total of all platforms with listing of our major releases so you can see how timing lines up:

Copies sold per month across all platforms.

Let’s breakdown some details from the info above:

Some interesting facts about the longevity of the current platforms:

We’re sure there is way more useful data to gleam out of those graphs. Let us know what you see!

Let’s take another approach to the sales data. Here is a breakdown of our sales by region:

Even though we’ve added more languages and released in new territories like Japan, the baseline fact hasn’t changed that Shovel Knight is much more popular in the US than elsewhere. Here is a breakdown by country:

Note, that these can surprisingly vary widely based on system or store. For example, Shovel Knight is almost exclusively bought in North America on XB1:

Whereas on Windows, the crowd is a bit more diverse:

To make it a little more fun, we made this map of the world that highlights more blue if we sold more copies of the game there. Note we omitted sales from the US because it so heavily influences the map– everything else would look quite pale in comparison!

Only one person bought our game in Vietnam. We need to get that person another friend to play with!

It’s been a joy to see players everywhere enjoy the game. Still looks like we have some work to do to make Shovel Knight appeal more outside the US. Guess we’ll have to start on that Shovel Knight Soccer/Football game to take the non-US by storm!

Normally revenue isn’t a topic we discuss too much as we don’t do big discounts like many other games. However 2017 was a bit different! On March 3rd, alongside Specter of Torment releasing on Switch, we also increased the price of Shovel Knight from $14.99 to $24.99. This had a very large impact on our revenue this year:

As you can see, in less than one year’s time, Switch has overtaken all other platforms and has officially earned the most revenue for us!

2017 was a good year for unit sales due to Switch and Specter of Torment’s release, but it was also our best year yet in terms of revenue. We earned more than double the revenue of 2016. Our biggest unit sales and revenue year was 2015 when we sold about 675k units. In 2017, we sold about 500k units, but we earned ~115% more revenue than in 2015! We know that making this choice carried some risks…

Yacht Club has even more on Shovel Knight’s performance here.