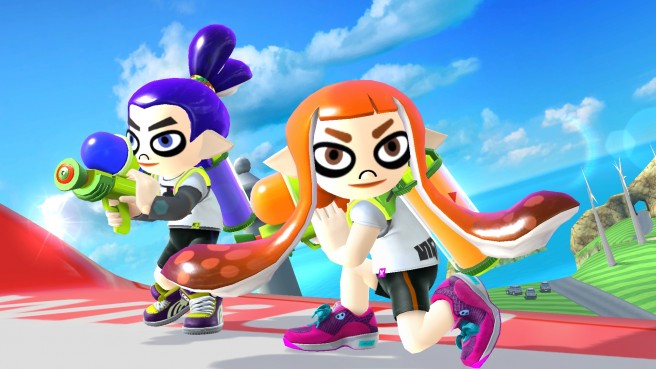 Nintendo has released a handful of screenshots from Smash Bros. Wii U/3DS showing the new Splatoon Mii costume for Mii Fighter (Gunner). Additionally, we have images of the Miiverse stage from the Wii U version as well. Find the full set of screenshots below.